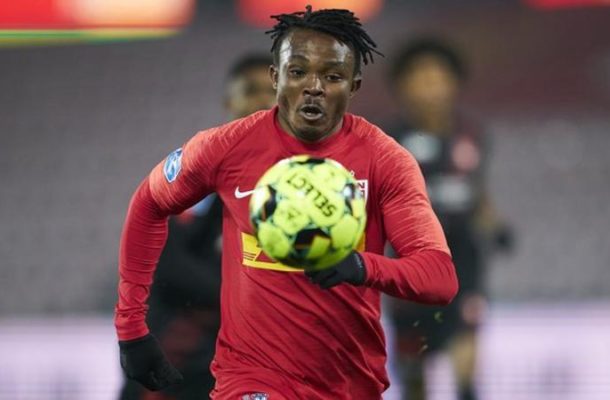 Former FC Nordsjaelland player caused a lot of shockwaves in Ghana and football when he decided to swap Denmark for the MLS.

The Ghanaian midfielder had been attracting a lot of interest from clubs in Europe but snubbed them all and decided to head to the states where normally players who are in their twilight go to end their career.

There has been comparisons between Atanga and his former Nordsjaelland teammate Kudus Mohammed who chose to move to Dutch Champions Ajax.

Atanga says his compatriot Kudus is a wonderful player and he is happy  and proud of him but they are different people and have different decisions.

"[Mohammed] Kudus is a wonderful player and wherever he is now I'm happy and proud of him. But we both are two different people and cannot have the same decision," Atanga told BBC Sport Africa.

"I decided to move to MLS because I feel it's a great league to play in. So I'm happy with my decision and excited to play for FC Cincinnati.''

The 20-year-old product of Ghana's Right to Dream Academy, which also owns Nordsjaelland, had been linked to Scottish champions Rangers, Spanish side Alaves, Dutch side Feyenoord as well as Belgian duo Anderlecht and Club Brugge.