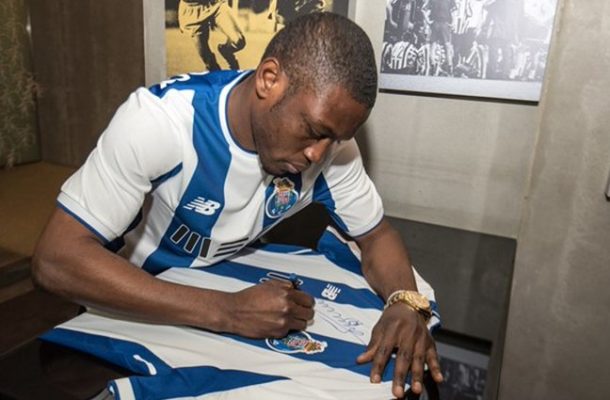 Portuguese giants FC Porto have handed Majeed Waris a 4-year contract after the expiration of his six month loan stint as confirmed by his agent Yusif Chibsah.

The Ghanaian international joined the Dragons from FC Lorient in January on an initial loan move until the end of the season with an option to make the deal permanent.

Porto have been satisfied with the players output during his loan spell and have decided to sign on a permanent transfer.

“Waris belongs to FC Porto. He has a 4-year contract automatic option with Porto after the loan deal under the condition of Porto staying in the Liga NOS,” the official representative of the player, Yusif Chibsah revealed.

“Porto won the championship and therefore they stay in Liga NOS which makes the automatic option applicable,” the ex-Ghana international further explained.