FEATURE: Why the Ghana football crisis must end soon 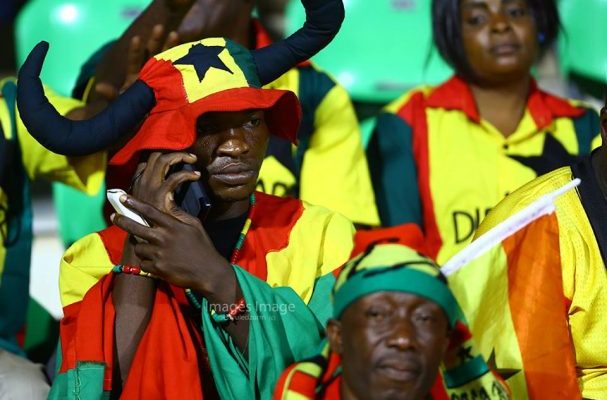 It's been two months and counting, but there is still no end in sight to the full-blown crisis that Ghana football has become.

A government delegation is attempting to convince FIFA that it can trust it to reform the country's football, and set it back on the right path after a damaging investigative piece that alleged widespread corruption among senior Ghana Football Association officials and referees.

Boosted by the work of the investigative journalist Anas Aremeyaw Anas, the government has moved in to dissolve the GFA, which Attorney-General Gloria Akuffo describes as an "obscene emblem of scandal, corruption and illegal enterprise".

FIFA's response has been emphatic, issuing a warning this week that it will suspend the GFA from all activities unless government withdraws its actions from the courts.

Threats of a ban from international football is a strategy the world football governing body has used to great effect in other countries, especially Nigeria, and while Ghana says it is hopeful their case will not come to that, government remains unbowed.

"We believe that the two of us can come to a common goal," Information Minister Kojo Opppong-Nkrumah said. "FIFA's objective and our objective appears to be the same, and we believe that by re-engaging we can come to that common point. But our sovereignty, our clarity to deal with the matters that we have witnessed, are things that we will not compromise on."

Strengthened by overwhelming public support, the Ghana government has been steadfast in its attempt to tackle the issues that the investigative piece exposed, but it has hit a brick wall with many of the moves so far.

It backed down on an initial attempt to set up a five-member interim management team to run the Football Association, and while it succeeded in lobbying for a two-man liason team to oversee Ghana's participation in some international events, it seems to be taking on a fight it simply will not win, as FIFA's dealings with governments in the past in similar cases suggest.

And while all this rumbles on, the impact on the country's football lingers. Ghana coach Kwesi Appiah must now be wondering what will happen to the Africa Cup of Nations qualifier against Kenya due to take place in three weeks.

Ghana's status as hosts of the 2018 Africa Women's Championship is also threatened by the impasse, but those hit hardest by the chaos are the local players.

"People have to take a step back and realize there are real victims here; clubs are starving, the supporters are starved with football, these players who have short careers are having months of their careers taken away from them, and they didn't do anything wrong," Accra Hearts of Oak chief executive Mark Noonan told KweséESPN.

"We need leadership to step up and create a solution so these victims can stop being starved of what they love and need most in the world."

It is a plea many Ghanaian football fans will identify with.