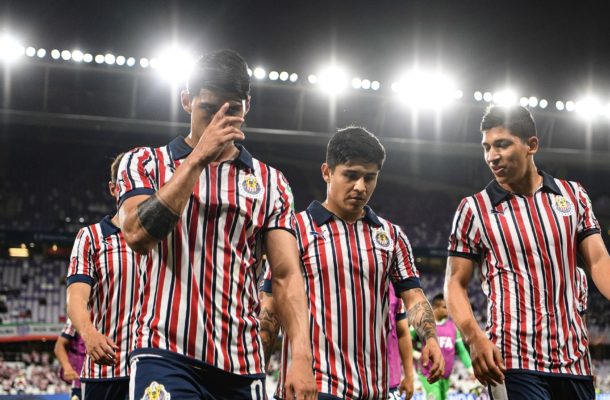 Pride at stake for Esperance and Chivas

The champions of Africa and the kings of CONCACAF are facing a match neither of them expected or wanted. Having lost their opening encounters at the FIFA Club World Cup UAE 2018, they now have no option but to redeem themselves.

"We’re not going into the game in the best physical shape or the best frame of mind," said the Tunisian club’s coach Mouine Chaabani. "We’ll be trying to lift the team’s morale. That last result doesn’t reflect either the style of Esperance or the type of game we play. We need to take the pressure off the players and we believe we can depart the tournament with an excellent performance."

What's the best atmosphere you've ever experienced at a game? ?​Posted by FIFA Club World Cup on Saturday, 15 December 2018

"We’re hurting, which is as it should be when you don’t achieve your objective," said Guadalajara coach Jose Cardozo. "But we’ve got another game coming up, and our prestige and that of the club is at stake. We’re committed to defending our club’s colours right to the end and we hope to sign off with a win."

Explaining where his team went wrong in their first match, Cardozo said: “We lacked organisation, focus, and control. We’ve been working on our balance and organisation in response. We also lacked the communication we needed on the pitch to link defence and attack. Our opponents kept their composure the whole time and we lost our concentration in giving away goals."

The Mexicans are anxious to dedicate a win to their fans, not least to the die-hards who have travelled so far to support them in person. Setting out what they need to do to atone for their errors in the first game, Cardozo added: “Esperance are a strong side with some physically imposing players. We’ll try to move the ball around a lot, keep possession, and play the ball at pace. And we need to stay focused and keep our calm.”

The Tunisian club are also motivated by the opportunity to redeem themselves in front of the fans who cheered them on against Al Ain, as Ayman Ben Mohamed explained: “It was a hard defeat to take, but we hope we can do a lot better in our next game. The players all feel they owe something to the fans, who have come here in large numbers. We need to restore our pride and make the fans happy.”

Though injuries and fatigue will see both coaches make changes to their starting XIs, they are expecting quite an occasion. “It’s going to be a top-class match,” said Chaabani.


Fans descend on Al Ain????????
Fans from three continents gathered together in Al Ain for the second round of the FIFA Club World Cup ?

What's the furthest you've travelled to watch your team in action? ✈️Posted by FIFA Club World Cup on Saturday, 15 December 2018