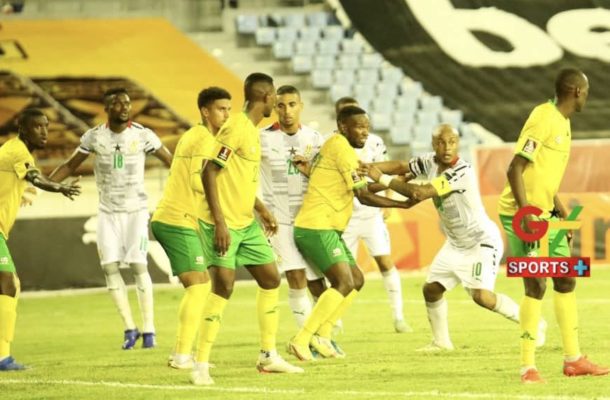 World football governing body FIFA has confirmed that it has received a petition from the South African Football Association(SAFA) with regards to their 2022 World Cup qualifier game against Ghana on Sunday at the Cape Coast Stadium.

FIFA has urged the two Associations that is Ghana and South Africa to present any comments or evidence it deems appropriate latest by 20th November 2021 as they have referred the protest to the FIFA Disciplinary Committee who will begin their work on 23rd November,2021.

Chief Executive Officer of the South African Football Association (SAFA), Tebogo Motlanthe on Monday said that the final game in the 2022 World Cup qualifier against Ghana was a fixed match.

He  therefore called on world football governing body FIFA and the Confederation of African Football (CAF) to probe the match which was played on Sunday night at the Cape Coast Stadium.

SAFA have since lodged an official complaint with FIFA and they have revealed to the South African Association that they have received their petition and will begin investigations.

“FIFA has received a complaint from the South African FA in relation to this matter and will review it. Please understand we cannot comment further at this stage," FIFA said on Tuesday in response to a media query over the status of the complaint by SAFA. 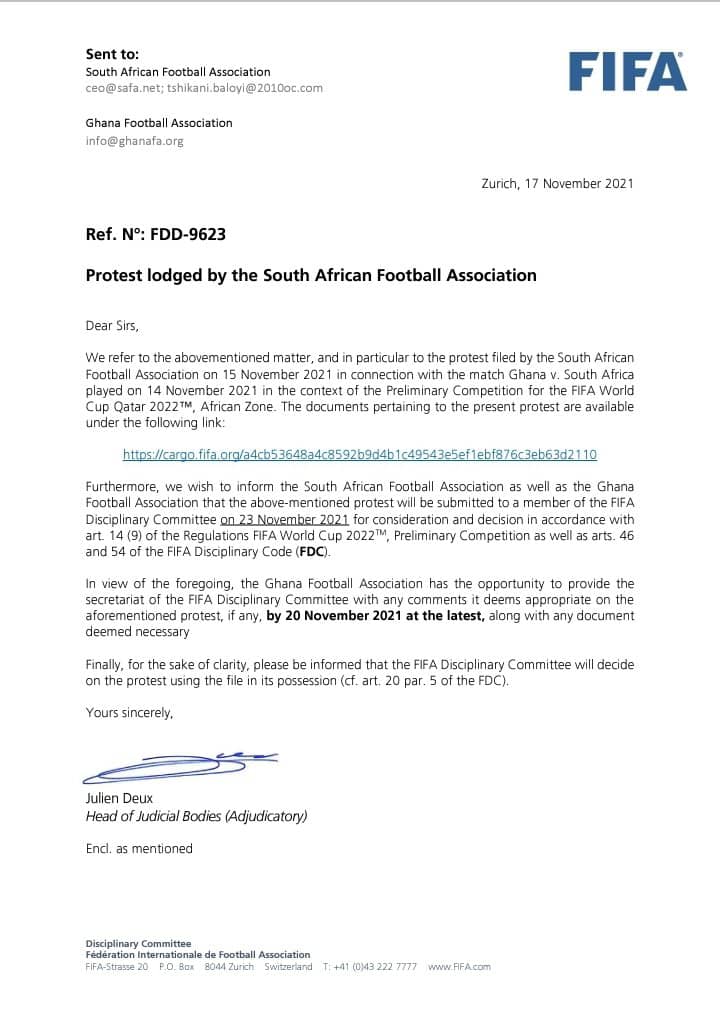