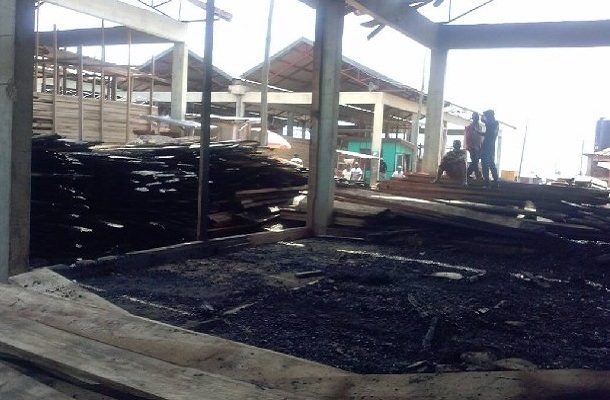 It appears the recent fire outbreaks across the country is not coming to an end anytime soon as yet another devastating incident has occurred at Sokoban Wood Village.

Classfmonline has reported that at least ten (10) workshops at the popular Kumasi timer market have been raised down completely.

The report said the blaze started from one of the workshops and spread to the others on Sunday, 18 April 2021 around 9:30 pm.

Swift response by firefighters put out the inferno to prevent it from spreading further.

Equipment and items such as moulding machine, shooting machine, bunch machine, ripsaw machine, plywoods, among others were lost in the fire.

Some of the victims who spoke to Class News’ regional correspondent Elisha Adarkwah said they lost everything to the fire.

They are, therefore, calling on the government and the National Disaster Management Organisation (NADMO) to come to their aid.

The cause of the fire is not yet known.

No casualty was recorded.