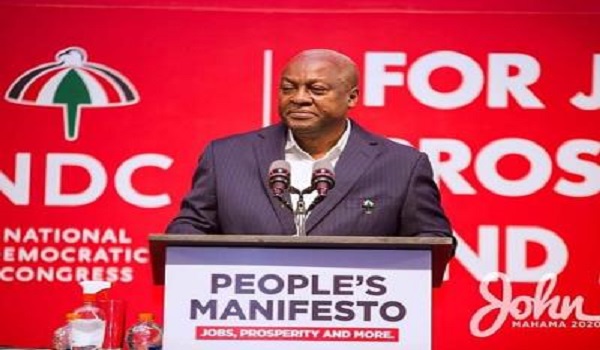 For far too long, Muslims in this country (Ghana) have left too much to chance; it is as though we are meant to accept whatever situation that exists hook, line and sinker; yet we boast of a number of influential Muslims at every rung of the social ladder.

There are Muslims replete in politics, in business, corporate Ghana, within academia, in the media, sports and other areas of the social fabric, yet are we exerting ourselves that much: I beg to say a categorical NO (myself am inclusive)

We have sat by so much so that, this country is now being classified as a Christian nation and we are always left disputing figures put out about our numbers as Muslims – a typical case in point being after the 2000 census; indeed pointers from the result of the 2010 exercise, we just might be headed down the same path.

Clearly we find ourselves in a cosmopolitan society wherein our relations to non-Muslims should at all times and in all situations be cordial; at least as per how the Prophet Muhammad (may Allah be pleased with him) lived with the people of Makkah even after the conquest of the city of his birth.

In another vein, is it not right to state that there always is a limit to which we can go as Muslims in our association with those on another line of faith; especially so as Islam preserves to the latter the privacy of a person even in death.

That privacy however is flouted shamelessly at most public mortuaries where Muslim corpses whoever they are, are stripped naked by non Muslim caretakers (mind you it’s unlawful even to Muslims), tossed all over the floor and to say the least; DISGRACED!

The establishment of Islamic/ Muslim mortuaries stands as the solution to the unislamic ambience that Muslim corpses are put through at the public mortuaries coupled with the back and forth that Muslims experience at mortuaries when they go to claim their dead for burial.

Did we as Muslims forget that it was WRONG according to sharee’ah (Islamic tenets) to mix males and females even in prayer and similarly even in death; this is the state of affairs at most public mortuaries in the country.

We have for long been viewed as people opposed to pathological analysis of our dead (i.e. autopsy), that certainly is a misplaced conception especially as our motivation to get our dead in time is to bury them as per Islamic guidelines. Truth be told, the time for some of these autopsies have dragged to the chagrin of many a family in need of their dead.

Again, there comes a solution which would have to be tied with the establishment of the morgue above proposed. Muslim medical students must be encouraged to study pathology and be assigned to the Islamic morgue in order to undertake pathology along Islamic lines and timely to afford corpses to be given fitting burial.

Although the act of preparing, praying for and burying the Muslim dead is considered a responsibility of the group (Fardh Kifaayah), it was important to know how it was done in case a person is called upon to do it at anytime.

The Quran states clearly that ‘every soul shall taste death,’ consequently everyone of us must make it a point to lead a God conscious life in order to meet Allah when we are amongst the faithful, death would come but would we be prepared?

The point critical in pursuance of this great dream is that we provide a shield for our departed Muslim brethren, against the hope that we would get same in the eventuality that we pass on to the hereafter.

Beyond asking for a fitting place and respectable status to be provided for Muslim corpses, let us as Muslim bend over and look at the nature of the place that the Muslim dead is finally sent to rest: THE KABR, GRAVEYARDS, CEMETARIES.

These are places that the Prophet has admonished us to visit frequently in order that we may increase in piety much as we think of death, that again is not the case sadly. We go there either to bury or when it is that we are being sent to be buried.

At least I can speak confidently of three cemeteries; the infamous Awudome, Akweteyman and Legon grounds that are almost always overgrown with weed and guess what; undertakers are usually non-Muslims, should that be it fellow Muslims?

The Madinah cemetery gives cause to be buoyant, the system there is well cut out, Muslims are in charge of the place and know what they are about, the place is always (at least as at my last visit) well kept and appreciable at least by Islamic standards – I pray that Allah blesses and strengthens the brothers doing that jihad for Islam.

Till the extent that you have read this piece – it’s the least contribution that I have tabled as of today – you should also discuss this issue with other Muslims so as for us to gather as many ‘Mujaahids/Mujaahidahs’ to oursue this course.

Discuss this with any Muslim you find is influential within the circles of our social stratum, I may not live to see it even if it is established at the time you read this piece (for the simple reason that I know not when I will die and where) but it would be great to know that one day, a Muslim corpse would be well dignified and laid to a peaceful rest.

The laws of Islam are CLEAR if not CLEARER, the onus lies on us as adherents of the faith to adhere strictly to these tenets. The ISLAMIC belief system is not changeable, it’s not one that can be modified and by that may ALLAH aid, guide and protect our every step in obeisance of the one true religion, AL ISLAM.

This article was originally published on Ghanaweb on Wed, 21 Mar 2012