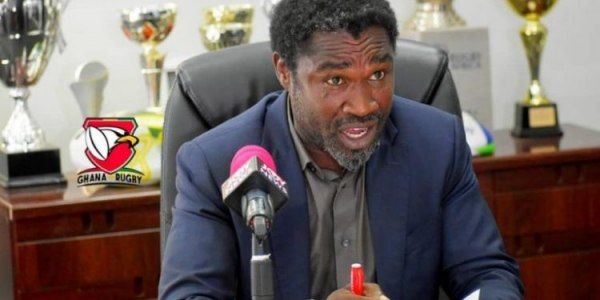 Compliance is an audit unit within the GRFU with the core mandate of measuring good governance in accordance with global standards.

The local rugby-governing body is not only obliged to comply with its own internal governing processes, it also has to ensure compliance with international governing standards set out for the game.

However, some board members of the Ghana Rugby, including current Vice President James Nunoo, have refused to obey Africa Rugby rules by convening a meeting to suspend Herbert Mensah as Chief Executive Officer and Board Chairman after a 9-point petition by the Ghana Rugby Union Players Association (GRUPA)

Of the four people who were in the meeting, one of them Mintah Nyarko is not a board member of Ghana Rugby. The mandate of two board members has expired, and therefore do not qualify to sit on the Ghana Rugby Board. They are Ako Wilson, a representative of (GRUPA) and Abdul Aziz Issah, President of the Greater Accra Rugby Association.

Amenga-Etego tells JoySports he has already warned the four “rebels” about the consequences of their decision.

“I have told them to do the right things- follow the laid-down procedures and obey the constitution. Ghana Rugby faces Africa Rugby sanctions if there is no compliance. They have to follow the rules. It is as simple as that”.

He also revealed Africa Rugby is concerned about the recent developments in the local union.

“Ghana has become a beacon of hope for the game in West Africa. The country has become member of Africa and World Rugby within a short period of time. And obviously Africa Rugby is worried about developments in Ghana Rugby because there is tournament coming up”

Despite the leadership issues in Ghana Rugby, the national team are fine-tuning preparations for this year’s Rugby Africa Cup which will come off in Kampala. Ghana clash with host national Uganda on July 10 and lock horns with Algeria on July 18.