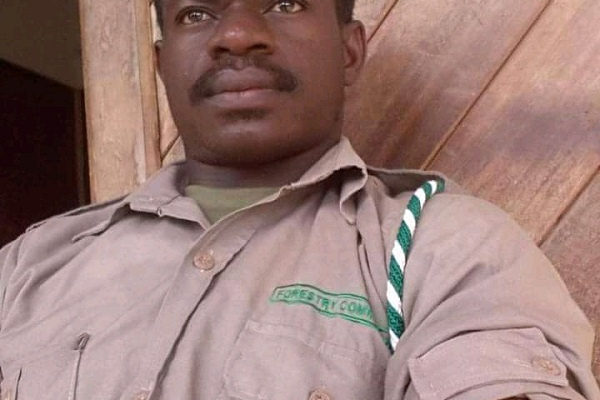 The Green Ghana Project has turned tragic for the people of Wonoo and Ashanti region as a forest guard has been shot dead in the process.

The 38-year-old Benjamin Seidu, a forest guard allegedly met his untimely death when he and other colleagues were on their way to the forest to pick seedlings for the Green Ghana Project.

The sad incident happened at Kumawu Wonoo in the Sekyere Kumawu District of the Ashanti region.

Assembly member for the Presby Mission electoral area, Sulemana Abubakar Ayamba explaining to GhanaWeb, revealed that the forest guards were going to pick some seedlings to supply communities within the Sekyere Kumawu district around 10am on Friday.

He further revealed that Mr Seidu sat at the back of the truck with a gun in his hand.

The gun which had been loaded with bullets, according to the source, had been placed vertically with the muzzle under the victim's jaw. Unfortunately on their way, the car jumped into a making him accidentally pull the trigger.

Sources say he was rushed to the hospital but was immediately pronounced dead on arrival.

The assembly member further disclosed that the body was later conveyed by the police to the morgue for a report, but was given back to the family on Saturday morning, upon a request, for burial due to his Islamic status.

The wife of the deceased, Sadikatu Seidu, explaining her ordeal revealed she received the shocking news from some Islamic clerics after prayers.

"My husband as usual called me around 7am to inform me he was going to work so I should take good care of the children. He promised to call me back after some time because the children had already gone to school at the time he called me.

I didn't hear from my husband again until around 1:30pm when the sad news hit my doorstep from the Islamic clerics after we had closed from Juma," she sadly shared.