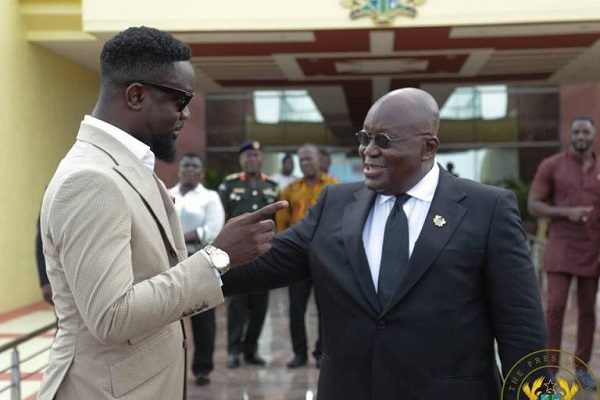 Sarkodie has sent out an unqualified apology to President Nana Addo Dankwa Akufo-Addo over some seemingly invasive comments he made during the December elections. It can be recalled that during the 2020 general elections campaign season, Akufo-Addo acknowledged the fact that Sarkodie added NPP’s popular slogan 'The Battle Is Still the Lord’s' to his ‘Happy day’ song.

With much excitement, President Akufo-Addo’s official Twitter handle shared the song with the caption; “Nice song Sarkodie and Kuami Eugene. Indeed the battle is still the lords.” Obviously escaping any political tag or endorsement at that particular time, Sarkodie replied to the President’s tweet saying;

“Nana M3nfa bronya ho nre akoko oo lool!! When I say aban (all parties) shouts to yourself x JM but if i feel like pointing out the negatives too you know how we do.”

But looking back and analyzing how harsh his comments may have seemed, the rapper during an interview with HitzFM’s Andy Dosty seized the opportunity to apologize to President Akufo-Addo.

“I want to use this opportunity to apologize to President Akufo-Addo for the tweet below. I didn’t mean it in a harmful way. I just wanted to make a lighter situation out of the issue.” He asserted. 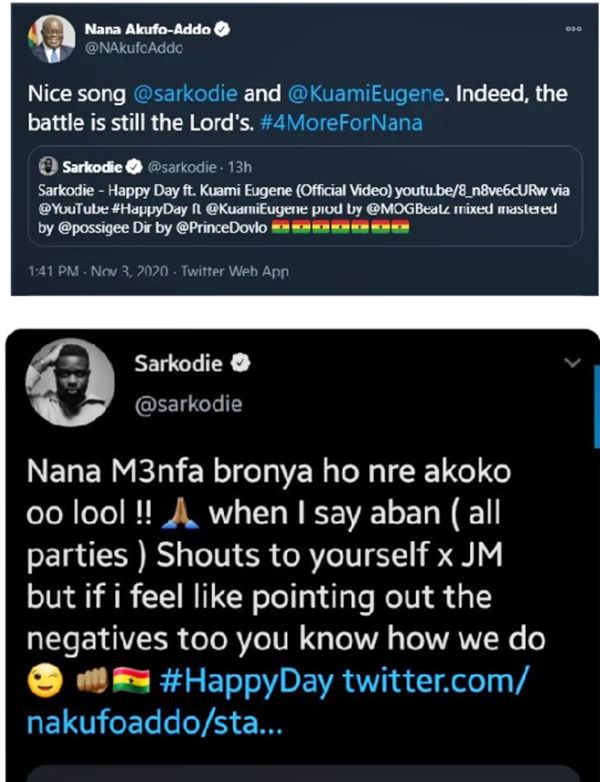