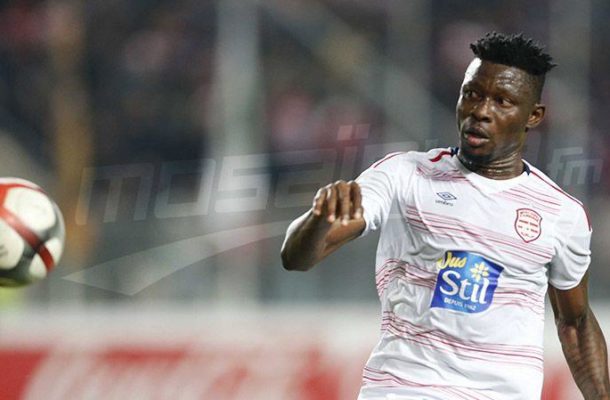 Ghanaian striker Derrick Sasraku is on the move once again in a nomadic career that has seen the bulky striker travel around the world.

The former Aduana Stars marksman has sealed a transfer to Omani elite division side Saham SC ahead of the new season.

He joins his new side on a short term one year deal after departing Albanian giants KF Tirana after a brief spell which has been the theme of his storied career.

Sasraku who joined KF Tirana just this year left in April after making just 10 appearances for the club and scoring just a goal for them.

The Ghanaian striker is expected to help his new side climb up the upper reaches of the Omani League.

He has already played for his new side and is expected to line up against Sohar FC in their next game on Monday.

The 27 year old firebrand has in the past played for Aduana Stars, Club Africain, Medeama and  KF Tirana.