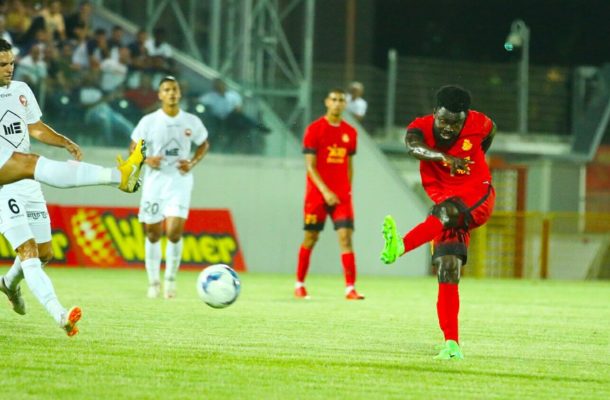 The 21-year-old left the Ghana Premier League side to join the Israeli side earlier this month on a one-year loan deal with the option of a three-year permanent deal after.

Speaking in an interview, Leonard noted the good reception he has received from the club.

“The reception has been very good. They are like a family here and they have received me well so I am not afraid to go speak to anyone. They have all been good to me since I arrived.”

He also noted his first impressions since his arrival.

“It has been fantastic and great here. The atmosphere [and everything around] is very good and I am looking forward to the new season.”

Finally, he was thankful to his fans for supporting him.

“I am thankful for the support my fans have given me up till now and I implore them to still pray and support me.”

Owusu was very instrumental in Dreams FC’s surge to the top flight of Ghana football as he led the team to qualify twice to the Premier League.