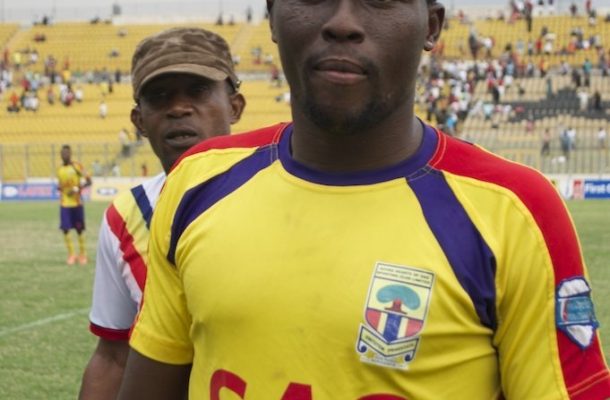 Former Hearts of Oak striker Gilbert Fiamenyo has fallen foul of the law as he is currently in the grips of the Police in Accra.

An Accra District court has remanded the 29 year old striker in Police custody for two weeks after he was arrested last Sunday at the Accra Sports Stadium.

According to Happy FM, the burly striker was arrested at the Accra Sports Stadium last Sunday for assaulting a Police Officer who was on official duty at the facility.

He was at the Stadium to watch his former side Hearts of Oak play against Aduana Stars in the company of his friend when the incident occurred.

Fiamenyo has been remanded by the Adjabeng District Court on Monday morning and will reappear in court in a fortnight's time.

The former Hearts of Lions striker is a free agent after leaving Lebanese side Al Nasr.