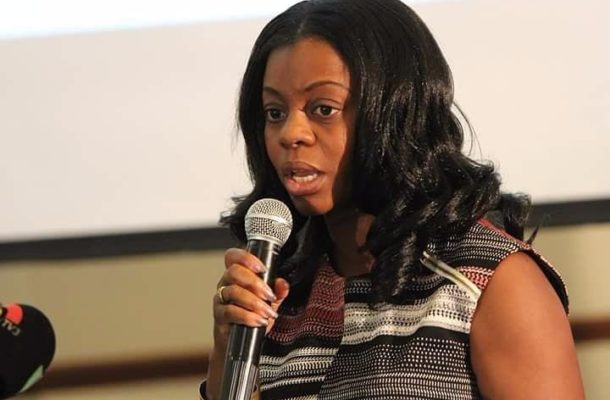 The name Dzifa Bampoh is not new to radio listeners especially those who were addicted to Accra-based Joy FM a subsidiary of the Multimedia Group.

The popular news anchor who partnered with colleague Broadcast Journalist Evans Mensah to present News Night on the station is back on radio after close to four years when she resigned from Joy FM to join Tullow Oil corporate world.

It has however been confirmed that Dzifa Bampoh will be heading to Media General as one of the new additions of the station joining colleague Roland Walker who is a news anchor on TV3.

Details of the role to be played by the popular newscaster remains sketchy but a flier has gone viral on social media congratulating her for agreeing to be part of the Media General family.

It would be recalled that Dzifa Bampoh in 2017 ended her service with Joy Fm after 12 years of joining the outfit from GBC’s Unique Fm.

Dzifa until her resignation was the regular host of News Night on Joy Fm, known for her tough questioning interview skills and soothing presenting of the news.