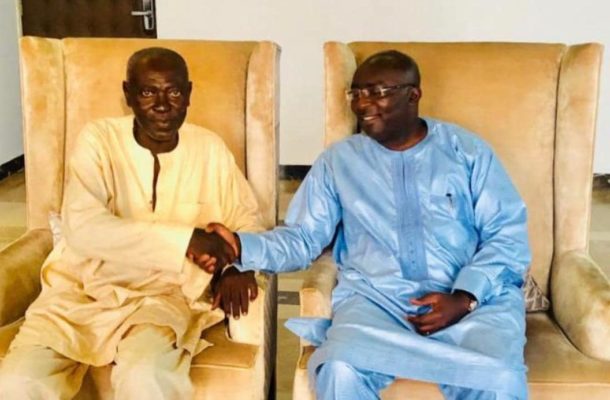 Vice President, Dr Mahamudu Bawumia, took to his Facebook page to announce the news of his demise, saying he spoke to the deceased about two days ago.

“I have received the sad news of the passing of Mr Peter Tuffour, popularly known as Chainchain, a former Northern Regional Treasurer of the NPP. He has not been well and our last conversation was just two days ago,” he wrote.

Posting a photo with Mr Tuffour, Dr Bawumia wrote a heartfelt tribute in his honour as he extended his condolences to the bereaved family.

“Mr Peter Tuffour was a dedicated member of the party who served with love and diligence and made his facilities available for party meetings and events.

“I offer my condolences to his family and members of the NPP in Northern region. May the soul of Mr. Tuffour Rest In Peace,” he mourned.