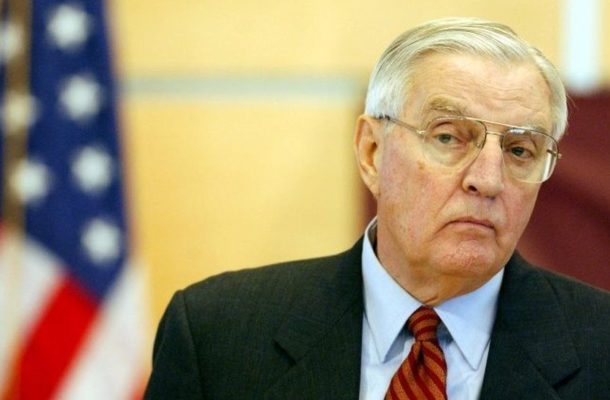 Former US Vice-President, Walter Mondale has died in Minneapolis on Monday aged 93, his family has announced.

Mr Mondale lost heavily to Ronald Reagan in the 1984 presidential election, securing only his home state of Minnesota and Washington DC.

That gave him 13 electoral votes compared with President Reagan’s record-high tally of 525.

Mr Mondale is also remembered for choosing Geraldine Ferraro of New York as his running mate – the first woman on a major-party presidential ticket.

In a statement, Mr Carter said he was “an invaluable partner and an able servant of the people of Minnesota, the United States and the world”.

“Rosalynn and I join all Americans in giving thanks for his exemplary life, and we extend our deepest condolences to his family,” he added.

Meanwhile, President Joe Biden and First Lady Jill Biden said in a statement that they “were able to call one of our nation’s most dedicated patriots and public servants a dear friend and mentor”.

“Jill and I had the opportunity to speak to Fritz and his family over the weekend, to reflect on the years of friendship we shared, and how much we learned from and leaned on each other.”

Mr Mondale’s family earlier said in a statement: “It is with profound sadness that we share news that our beloved dad passed away.”

The family paid tribute to his achievements in housing, civil rights and environmental policy.

They said plans for memorials in both Minnesota and Washington DC would be announced later.