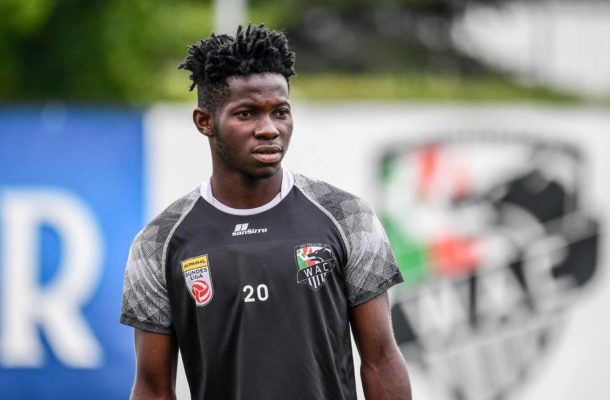 Former WAFA midfielder Augustine Boakye did not waste time at all in introducing himself to his new league as he scored on his debut for Wolfsberber.

The Ghanaian youngster scored for his side in their 6-1  mauling of ASV Siegendorf in the Austrian Cup on Tuesday.

He came on as a second half substitute for Michael Liendl in the 46th minute and found the net with less than 10 minutes to end the game.

He signed a four year deal with his new side and as he tries to find his feet in Europe with this move but arrived at his new club with a slight knock delaying his debut.

Augustine Boakye was a shinning light in the Ghana Premier League in the 2020/2021 season scoring 10 goals and providing 11 assists.