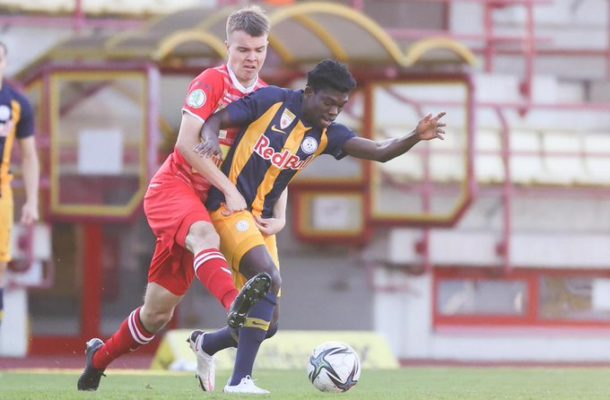 The 18 year old Ghanaian midfielder started the game from the substitute's bench in his side's come from behind victory against Austria Lustenau on Sunday, 16 May 2021.

Amankwah came into the game in the 55th minute as replacement for Benjamin Bockie but two minutes after his introduction, Brandon Baiye gave the Lustenau a 2-1 lead.

This was after Benjamin Sesko gave Liefering the lead in the 29th minute before Haris Tabakovic pulled parity for the away side from the spot.

Forson Amankwah scored to level things up for his side in the 73rd minute after an assist from Luka Sucic.

Benjamin Sesko completed his hattrick late in the game with two late goals in the 87th and 90th minute to give his side a 4-2 win.