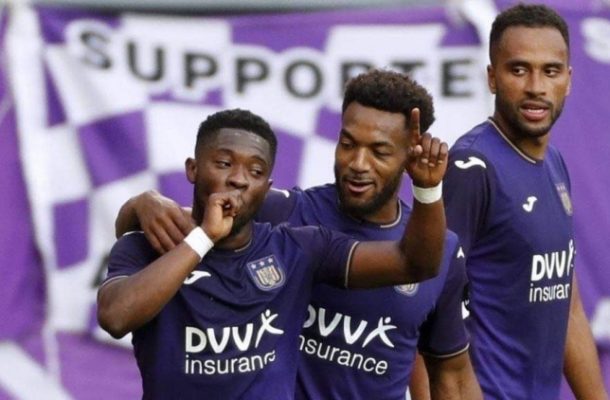 It was a goal fest for Anderlecht as they hammered KV Mechelen 7-2 in the Belgian Jupiler Pro League on Sunday afternoon.

Ghanaian forward Francis Amuzu was integral as the Belgian giants run riots on their sorry visitors in a game that was all square heading into the break.

The home side pressed for the opener and it did arrive in the 23rd minute with a strike from Benito Raman before Nikola Storm pulled parity for the away side to make it 1-1.

Anderlecht turned on the screw after restart as Ivorian striker Christian Kouamé  scored a brace in the 49th and 57th minute respectively to hand his side a 3-1 lead.

Compatriot Majeed Ashimeru was a second half substitute as he came on in the 82nd minute.