Frederick Moore faces serious discontent among Phobia fans after describing them as uncultured and rude. 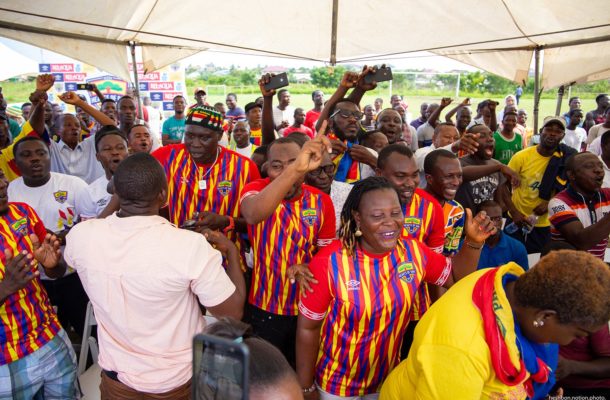 Accra Hearts of Oak National Chapters Committee are in a cauldron of anger after the C.E.O described them as uncultured, uncivilized and rude in a meeting yesterday.

The rainbow fans rarely ­attack their leaders, but hell hath no fury to use abusive words for Hearts supporters, they can turn the fire till you are replaced.

The NCC supporters front now see Frederick Moore to be “the ­problem, not the solution” to the ­Phobian woes, as they have petition the board to replaced him with immediate effect.

The appointment of Moore as the C.E.O after Mark Noonan, is yet to turn out to be a stroke of genius, but he has highlighted his scattergun approach using painful abusive words that are enough to burn the hearts of the Phobian supporters.

The NCC target is for the club to end their 10-year league drought but see Hearts plan as there is no plan, there is no project. The plan is only Frederick Moore, But the C.E.O believes the NCC leadership are uncultured, uncivilized and rude as he is not ready to listen to any dissenting views from supporters.

Ghanaguardian.com understands that the supporters will not boycott the president cup but will make sure to fill the Accra Sports Stadium as they turn their fire on Frederick Moore with the supporters screaming “Frederick out..Moore go ” and displaying same words on placards by some supporters.