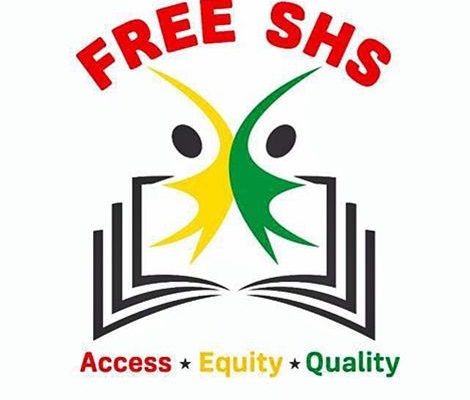 The Ministry of Education has released Ghc35.9 million to public second cycle schools under the Free Senior High School programme to cover initial operational and administrative costs for the second term of the 2017/2018 academic year.

Speaking to Citi News, the Head of Communications at the Free SHS Secretariat, Josberta Gyan Kwakye, said the amount would cover about 489 schools.

“We have released such an amount to the various secondary schools and it covers about 489 schools… the Ghc35.9 million that has been sent to the schools currently, is to cover the initial administrative costs for the schools for the second term.”

She also explained that the initial 20 percent sent to the schools in September 2017 “was based on raw estimations because as of the time we were releasing the funds, we didn’t have the exact enrollment numbers so it was more of an approximation.”

She said the Ministry has also paid GHc3,392,031 as arrears for 264 schools during the first term.

“After we had been able to confirm the enrollment numbers based on the signed list that the individual schools submitted to the secretariat, we have now come to the conclusion that about [264] schools had some arrears to be paid to cover for the first term,” Mrs. Gyan Kwakye said.

In September 2017, the government released for disbursement half of the GHc 486 million for the policy.

That amount was to serve the over 400,000 first-year students who benefited from the Free SHS policy this 2017/2018 academic year.

At the beginning of 2018, the government also released GHc62,606,403, in three installment payments for the delivery of food items to Senior High Schools in the country to the National Food Buffer Stock Company.

In terms of other notable expenses under the policy, the government set aside an amount of GHc80 million to address challenges relating to furniture.

National Democratic Congress Member of Parliament for the North Tongu Constituency, Samuel Okudzeto Ablakwa, has described the government’s budgetary allocation for Free SHS as woefully inadequate to support the programme.

According to him, government would need at least two billion cedis to support Free SHS in 2018, 800 million cedis more than the amount that was allocated to it in the budget.

The government announced that it would set up a fund to receive voluntary contributions from individuals to support the implementation of the free SHS programme and the educational sector as a whole.

However, this plan has come under fire from the Minority who believe this is an indication that government does not have the funds to properly implement its much-touted programme.

And according to Okudzeto Ablakwa, the government cannot afford to rely on the voluntary funds as a source of funding for free SHS, as projections for those funds may not materialize.