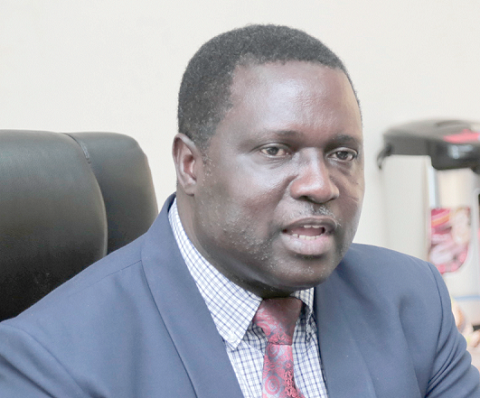 A total of GH¢97 million has been released to the National Food Buffer Stock Company (NAFCO) to mobilise food items in the various warehouses in the country for supply to senior high schools (SHSs).

The amount, which covers the first quarter of the year, is to ensure that there are enough food items in the various warehouses for supply to schools under the free SHS programme.

Additionally, another GH¢86 million has been released to headmasters to take care of perishables, while school uniforms have been procured.

The Minister of Education, Dr Yaw Osei Adutwum, disclosed this during an interaction with some editors and senior journalists in Accra.

The meeting was to enable the minister to meet and interact with editors and journalists, and also explain the government's vision for education.

The minister insisted that the free SHS policy was not under stress to warrant the call for a section of society to be made to pay school fees under the policy.

"I do not see why people are making the argument that we are under stress. I do not see why those who pay taxes should now be called upon to pay school fees," Dr Adutwum said.

Describing the free SHS policy as solid, the minister said there was no cause for alarm and so there was no need for a section of society to help sustain it.

The Education Minister said, per international best practices, there was nowhere in the world where free education was practised and a section of society was tasked to pay their children's school fees.

He lauded the current Executive Director of the Ghana Library Authority, Mr Hayford Siaw, for revolutionising libraries in selected SHSs in the country, having fixed all broken down library vans, quadrupled the stock of books in the libraries and digitised books to make access to libraries convenient on a smartphone.

Although the minister admitted that a lot more needed to be done, he commended Mr Siaw for "the marvellous work he has done in that space," cataloguing a number of community libraries that had been restored. Libraries in all SHSs have also been refurbished and their librarians retrained.

The National Food Buffer Stock Company (NAFCO) is mandated to supply food to state institutions such as the military, schools, hospitals and prisons.

Under the free SHS policy, the NAFCO supplied 18 non-perishable food commodities to schools and out of that,16 of them are locally grown and processed. Source: graphic.com.gh