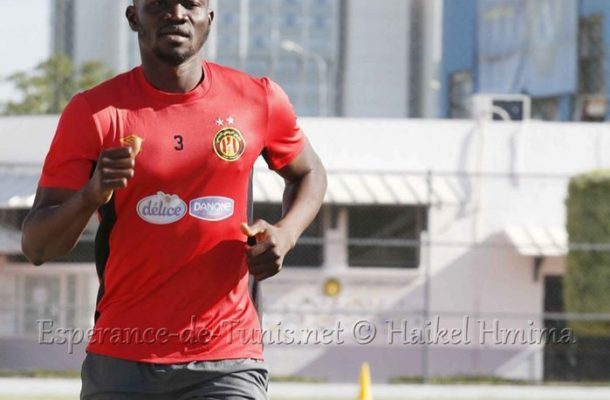 There is yet another judgement debt against Kumasi Asante Kotoko as the club have been ordered by the Player Status Committee of the Ghana Football Association to pay their former player Kwame Bonsu $30,861 due him to avoid a transfer ban.

It will be recalled that Kumasi Asante Kotoko in 2019 transferred midfielder Kwame Bonsu to Tunisian giants Esperance de Tunis for a transfer fee of $150,000.

The player who joined Asante Kotoko on a free transfer in 2018 was due 20% of any transfer fee received by the club stipulated in his Kotoko contract.

Kotoko have been found guilty on reneging on their contractual agreement with the 26 year old ex player since his transfer in 2019.

The porcupine warriors have also been fined GHC5,000 for the delays in paying the agreed 20% transfer fee due their former player.

Kwame B0nsu and his representative aggrieved by the club's decision not to pay him what is rightfully due him resorted to the Player Status Committee to seek redress.

His transfer to Esperance de Tunis was marred in controversy as the Tunisian side did not pay Kotoko any transfer fee as the club owed them $180,000 for the transfer fee of Emmanuel Clottey so used Bonsu's $150,000 to offset that debt before Kotoko topped up with additional $30,000 but must now fined monies to settle their former player.