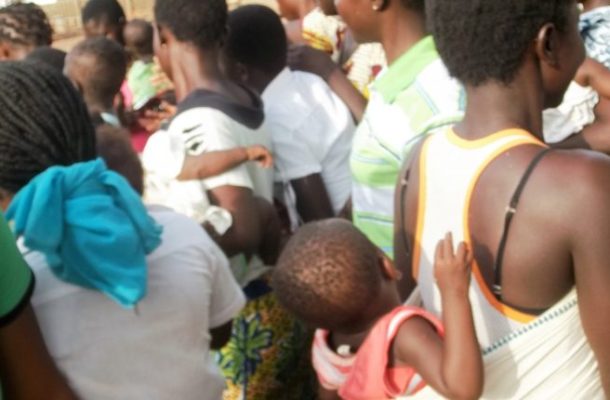 Young single mothers in the Upper East region of Ghana are reportedly feeding their hungry babies with locally distilled hard liquor popularly referred to as Akpeteshie.

According to them, it is measure they have adopted to silence their newborns from wailing when hungry.

Some babies born to such frustrated teen mums are reported to have died in their sleep soon after they were given a tot of akpeteshie sold as cheap as 50 pesewas.

Dorcas Akonga, a single-mother activist who has met with over 600 teenage mothers in the regional capital (Bolgatanga) alone, told a news team: “One of the girls gave her child akpeteshie she bought at 50 pesewas so that the child could sleep for longer hours to allow her enough time to search for food before the child would wake up. The baby did not wake up. The girl told me she buried the baby herself secretly. And now she has run to Kumasi. There are several areas in the region where there is no house without a single teenage mother.”