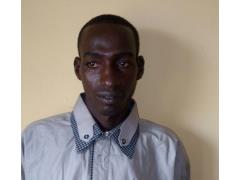 The Bole Bamboi District Magistrate Court presided over by Prince Andrews Kojo, has remanded Amadu Bari into police custody in connection with a robbery case.

Amadu Bari, 29, Fulani, was arrested by the Bole police at Banda Nkwanta, near the Bole Bamboi District in the Northern Region.

DAILY GUIDE gathered that Mohammed Mamudu, 18, who was arrested by residents at Banda Nkwanta and handed over to the police for robbery, mentioned Amadu Bari as his accomplice in the operation.

During interrogation, Mohammed Mamudu mentioned Amadu Bari and directed the police to the hideout of the suspect.

Abubakari Mohammed, 20, was also arrested by residents at Banda Nkwanta and handed over to the police for robbery.

Information available to DAILY GUIDE revealed that on August 30, 2016 at about 10:30 am, some passengers on board a mini bus from Banda Nkwanta to Dakope junction were robbed at gunpoint by some armed masked men upon reaching a section of the road near Noyiri.

DAILY GUIDE gathered that on 31 August, 2016, Abubakari and Mamudu were seen offering a Samsung Galaxy Note 4 telephone for sale at the Banda township and in the process of the transaction, the buyer recognized the picture on the phone's screen saver and quickly alerted some persons and the two suspects were grabbed.

The Bole District Crime Officer, ASP Ebenezer Kwaku Dakey, who confirmed the arrest to this paper, said the police monitored the movements of the suspect and got him arrested at his hideout.

According to him, the suspect had been remanded into police custody to reappear in court on 12th September, 2016.

He indicated that another person was on the run and for security reasons, the police would not put the name in the public domain but appealed to residents in the area to volunteer information on him to the police.