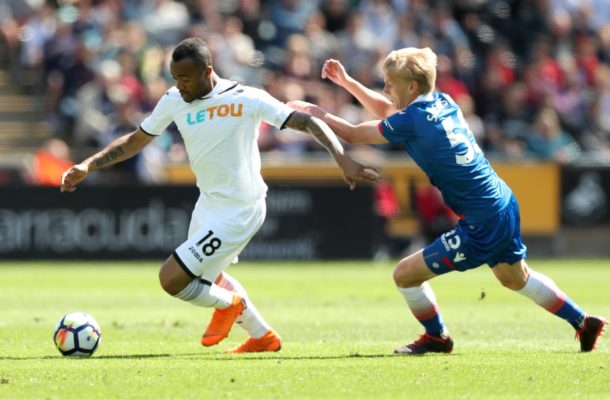 Newly Promoted English Premiership club Fulham will make a second bid for Swansea City forward Jordan Ayew after the Championship side rejected their opening offer, according to reports.

The Cottagers initial £8 million bid for Jordan did not match Swansea’s valuation of the Ghanaian international.

Ghanaguardian.com understands they will hold out for around £13m for the 26-year-old, who scored 11 goals in all competitions last season.

Swansea paid Aston Villa around £5m plus Neil Taylor for the Ghanaian in January 2017 and expect to lose him following relegation.