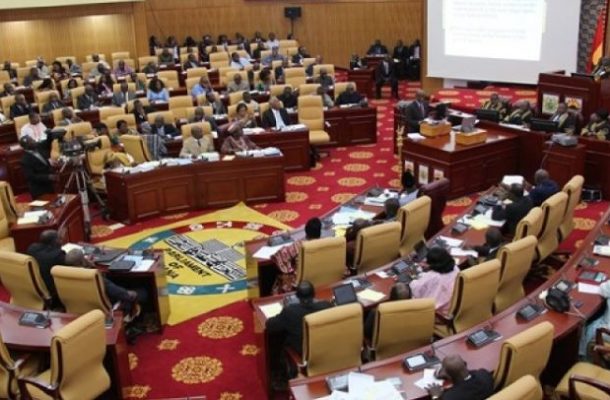 Parliamentarians unite to kick against legalization of homosexuality in Ghana

Member of Parliament for the Pusiga constituency in the Upper East Region, Hajia Laadi Ayamba, has warned gay campaigners not to lobby her or any legislator to push gay bills through Ghana’s parliament.Speaking on the floor of parliament on Tuesday, 22 May 2018 that homosexuality, Hajia Ayam indicated “is horrible, not acceptable and I think that we in this House should be the first people to come out to put it right to anybody that is coming out with whatever they want to call it that we will not take it, we represent the people of Ghana, we represent our constituents [and] we would not have been here if men were marrying men or women marrying women”.According to her, individuals who are gay, cannot be hiding their identities and rather be pushing MPs to legalise a practice that Ghanaian society abhors.“You cannot make yourself [to] become something you are not supposed to be and then you think that people should rather come out and make you accepted when you already know that you are not accepted.“Mr Speaker, let us urge our educational institutions to talk against this particular issue,” she emphasised.

The two MPs made a joint statement on the practice of homosexuality and lesbianism and their serious health effects on the individuals involved.

The minority chief whip, Mohammed Mubarak Muntaka, who was passionate about the issue, said that MPs would be united to kick against any bill that would seek to legalise homosexuality in the country.

He said it is not enough for the speaker to resign over a bill that will seek to legalise homosexuality, but if indeed he is against its introduction, he should rather stay in his position and help MPs to throw such a bill out of parliament.