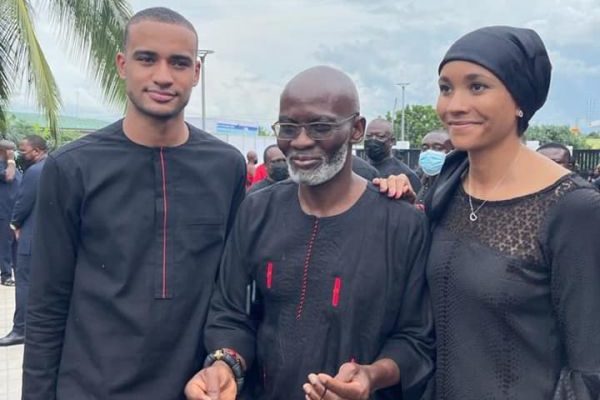 Founder of the Danquah Institute, Gabby Otchere-Darko, has left fans and followers in awe with photos of his adorable children.

The photos were from the funeral of his father, Dr Joseph Felix Boateng Otchere-Darko, held over the weekend in Koforidua.

The photos spotted a beautiful light-skin lady and handsome gentleman posing for the camera with their father.

One of the photos saw father and son in black smocks with red and orange embroidery respectively as they display their sense of Ghana’s rich culture.

Another saw the young man in a black kaftan while his sister wore a black dress with her black scarf as they beam with smiles. 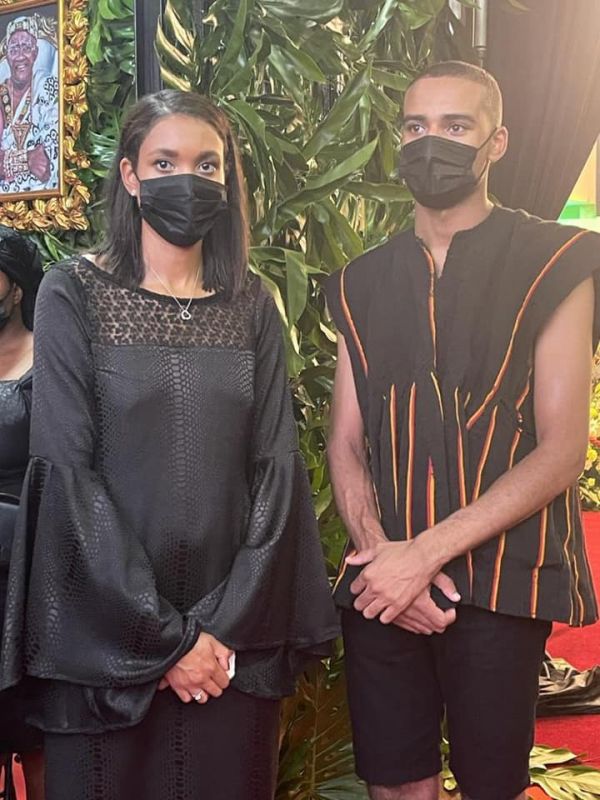