Gabon is in crisis 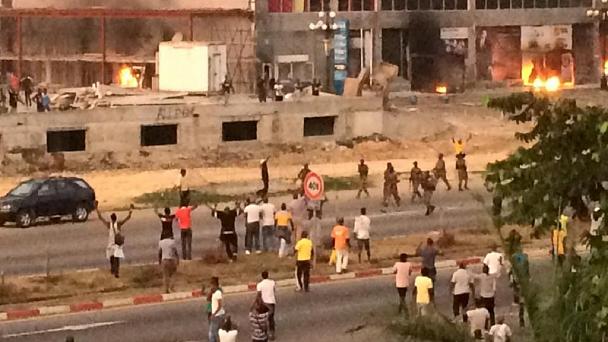 Gabon is on edge after thousands of people took to the streets this week to protest the re-election of President Ali Bongo, whose family has ruled the oil-producing central-African nation for nearly a half-century.

The opposition candidate, Jean Ping, denounced the results as fraudulent. Five people died in rioting and up to 1,100 were arrested, government officials told reporters.


Analysts say the fallout from the election poses a stiff test for Gabon, whose political class is more fractured than in years past. The crisis comes as Bongo is trying to modernize the Gabonese economy, steering it away from its dependency on oil, the country's lifeblood during more than 40 years of rule by Bongo's father, Omar. But these days, oil prices have dropped, and many Gabonese are still waiting for the modernization efforts to bear fruit.

In his first term, Ali Bongo took some measures to rein in the sprawling patronage network that his father had used to buy loyalty from the Gabonese elite. Bongo's government announced a restructuring of the opaque fund through which thousands of officials were paid, saying that bureaucrats would be compensated on merit, using transparent criteria.

In August 2015, Bongo announced that he would turn over some of his family's holdings "to the people of Gabon," including properties that have been the subject of a French investigation into alleged embezzlement by his father. But the Bongo family's history of alleged graft has nonetheless cast a long shadow over the president's attempts to wipe the slate clean.

Bongo's efforts to trim a bloated state have come at a political cost, eroding his support among some in Gabon's upper class, according to J. Peter Pham, director of the Africa Center at the Atlantic Council.

"In many respects, Ping's candidacy unites those for whom reforms have not come fast enough and those who have been eating from the table" of the old patronage network, Pham said.

There was violence after Bongo's first electoral victory in 2009, but what's different this time is the fissure in the Gabonese elite's support for the president, according to Pham. That erosion of support could complicate any political solution to the post-election crisis, he added.

Ping, 73, is an unlikely champion of change in Gabon. He served for years as a minister in the government of Omar Bongo and even had two children with Omar's daughter, Pascaline.

"I think Gabon would be a much more democratic place if they managed to produce a genuine opposition candidate who came out of a genuinely different tradition," Benjaminson added.

Both Ping and Ali Bongo have dug in their heels since last weekend's election.

Ping declared himself the victor before official results were announced showing a slim lead for Bongo. " 'Results' like Ali Bongo's are the hallmarks of dictators and tyrants who refuse to give up power," Ping said in a statement.

Through a spokesman, U.N. Secretary General Ban Ki-moon expressed his "deep concern" over the violence in the capital, Libreville, and called on the Gabonese government "to ensure that the national security forces exercise maximum restraint in their response to protests." 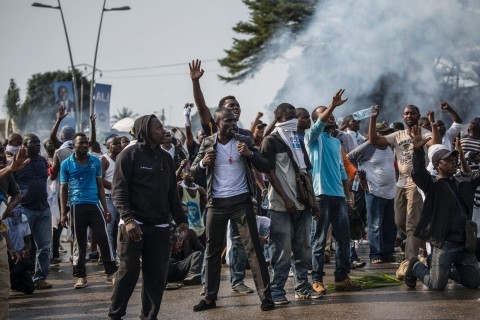 Pham reflected on how other African leaders might view the events in Gabon. "What if the lesson some take away is that Ali Bongo is in the current situation because he allowed too much freedom?" he asked.


The antipathy between Bongo and Ping is evident, but Pham expressed optimism that they would avoid a protracted conflict. On Friday, soldiers patrolled the streets of Libreville as residents assessed the damage after two days of rioting, according to news reports. Numerous cases of looting were reported.