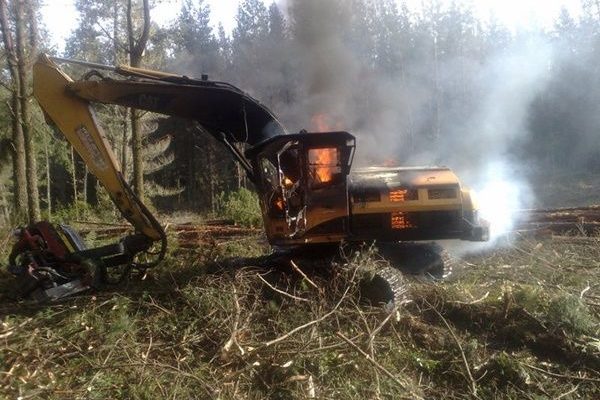 Speaking on Peace FM's 'Kokrokoo' programme, Atik Mohammed explained that the best sanction to deter people from engaging in illegal mining, also called galamsey, is the burning of the excavators.

According to him, seizing the excavators isn't enough because there have been incidents where people of high power have used their authority to return the excavators to the minng sites after they were seized.

"Let's not rule out the possibility that people abuse their powers in this country. That, of course, is something we all know. Nobody can pretend not to know that, in Ghana, if you have power; you can have anything and that power can solve almost every problem."

To him, " . . so that we won't find ways or give people the opportunity to get these excavators back on site, the best in my view is we should burn them".

He further argued, "I agree that we should burn the excavators. We must burn them and history must be guide. In 2017, we seized excavators. [Chairman] you know what came out of it. At the end of the day, it appeared that somebody had sold them out. Excavators that were seized . . . how did we get back to this point? The same excavators we seized, they're the ones back on site working. In what way did those excavators find their way back to the site? It is because, when we seized them, we were unable to manage the seized excavators. So, somebody somewhere either sold them out to the perpetrators again or a leader used his/her authority to retrieve them for somebody else."

Atik was of a strong view that setting the excavators ablaze will teach the owners (illegal miners) a big lesson and help in the fight against this menace.

"I strongly believe that this serves a strong deterrence . . . If we burn your investment, you tend to understand things better. When you lose your money, next time, you will make sure you do things according to the laws," he said.