Galamsey fight: Contact us if you lack ideas - Otukonor to Government 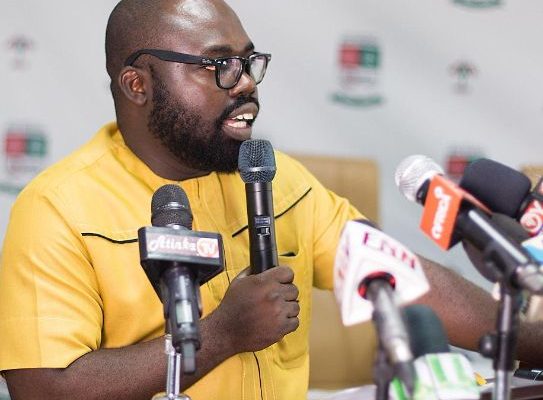 A Deputy General Secretary of the National Democratic Congress (NDC), Peter Boamah Otukonor, has asked the government to be more serious with the fight against galamsey activities

He wants the government to put in place pragmatic measures having decided to take up the galamsey fight once again.

Speaking on Okay FM's 'Ade Akye Abia' program, he advised the New Patriotic Party (NPP) to consult the NDC if they lack ideas and proposals to fight the galamsey menace.

"When the NPP government wanted to retain power, they promised to fight galamsey and even went ahead to set a task force which has failed woefully in tackling this illegal mining menace.

"This government has clearly lost the galamsey fight, but they are behaving as if they are on top of their game," he said.

He maintained that the NPP government has not shown commitment to end this deadly menace, which is causing havoc to especially water bodies and reserved forests.

"The government should just be smart about it and ensure that they legalize galamsey to enable them regularize it," he added.

"If this government lacks ideas to fight this menace, they should contact us (NDC) or just set up a committee to go through the NDCs manifesto for proposals," Otukonor added.

President Nana Addo Dankwa Akufo-Addo has reiterated his will to end the galamsey menace in his second term.

This he has done by ordering for the deployment of 200 military men to guard some river bodies in the country.

In a statement by the Ministry of Information, the operation commenced on Wednesday, April 28th, 2021, on the River Pra in the Central and Western regions of Ghana.

The Ministry of Defence and the Ghana Armed forces are expected to provide a detailed brief of developments and sustainability efforts on Friday, 30th April 2021.

This s to ensure that mining within water bodies is immediately stopped. This latest action to fight galamsey comes after the Stakeholder Dialogue on Small Scale Mining on April 14.