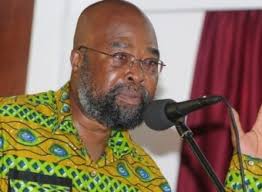 The Flagbearer f0r the Great Consolidated Popular Party (GCPP) has kicked against the GHc 50,000 increment in   filing fees for Presidential aspirants  in this year's elections, describing it  as an opportunity for the few wealthy ones.

The Electoral Commission (EC), after  an Inter-Party Advisory Committee (IPAC) meeting last Thursday, increased filing fees for Presidential aspirants in this year’s election by five folds, but the  move  has been chided  some political parties.

Speaking to ghanaguardian.com, Dr Henry Lartey expressed  his disappointment about the decision saying it will be difficult for the ordinary to get into politics.

"I am very disappointed with the EC's decision, It will make it difficult for the ordinary man to get into mainstream  politics."

Some political parties have kicked against the decision, with the People National Convention( PNC) threatening to go to court over if the Electoral Commission (EC) fails to review downwards the filing fees for both Presidential and Parliamentary nominations.

The GCPP leader believes mainstream politics should not be for all and not an avenue for only the "privileged few" and has called on the EC to review its decision.

"It will be a politics for the few who are wealthy should the EC hold on to this decision", he lamented.

"Multy -party democracy must be for all Ghanaians and not for the privileged few."

Nomination fee for Presidential and  parliamentary candidates during the 2012 election was Gh¢1,000, and 10,000 respectively.

Some of the smaller political parties say the new filing fees constitute a deliberate attempt by the two main political parties, the NDC and NPP, backed by the EC, to block smaller parties from taking part in the electioneering process.

However, The main opposition New Patriotic Party (NPP), has criticized the Electoral Commission (EC) for charging what it called exorbitant   filing fees whiles the the governing National Democratic Congress (NDC) argues that the filing fee is just enough insisting  that the ability to mobilize resources is key for any person seeking to lead the country .

The Electoral Commission has set 29 September as the deadline for the filing of nominations.