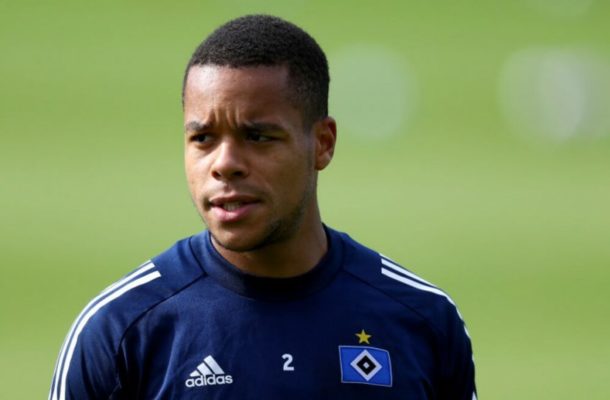 German born Ghanaian defender Jan Gyamerah is intent on playing for Ghana after missing out on the chance to play for the country of his birth.

The right full back was born in Germany to a Ghanaian father and a German mother and after playing for various German age group national teams and with no clear path to the Die Manschaft, the right back wants to represent his father's country Ghana.

Gyamerah, 25, says he conceived the idea of playing for the Black Stars after Ghana's heroics at the 2010 World Cup in South Africa.

The Hamburg SV defender has played for the German U-17.U-18, 1-19 national teams but clearly there is no way he will get into the main national team.

“After the 2010 World Cup at the latest, it was a dream of mine that is still alive,” said Gyamerah.

“Back then I also got a few insights into the team through videos of friends and saw that there seems to be a completely different mentality there. I would be tempted to experience something like that live.

"So far there has been no exchange with the association but I know that much that I would be happy about it."

The right-back has made 22 appearances for Hamburg this season who are seeking promotion to the Bundesliga.

Before he can play for Ghana, the FA must write to FIFA for a nationality switch.