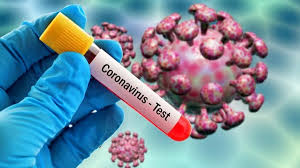 According to Dr Baba Adams, after the initial test that was done by clubs and officials of various clubs, none has been done again and even with that the cost was borne by the government.

Elsewhere around the world where football is currently underway, at least a COVID-19 test is conducted by the football association before every round of league game.

But the head of the GFA's medical team admits that the association cannot afford financially to conduct COVID-19 test before every league round is played.

"We can safely assume that once no one has tested positive in the meantime and the fact that there was no condition for the players and officials to test again, we can assume that they are all clean." he told Kumasi FM

"We were given the privilege of government bearing the initial cost of the test but subsequently we are still working on it and the modalities have still not been cleared."

"We do not still have the green light on when another test will be conducted but hopefully it will be done after the first round. Stadia have been empty all this while so club handlers cannot take that cost of testing players."

"We presume all players and officials are Covid-19 free depending on the old test. We cannot go strictly by the rules and regulations as stipulated by the health professionals." he lamented.