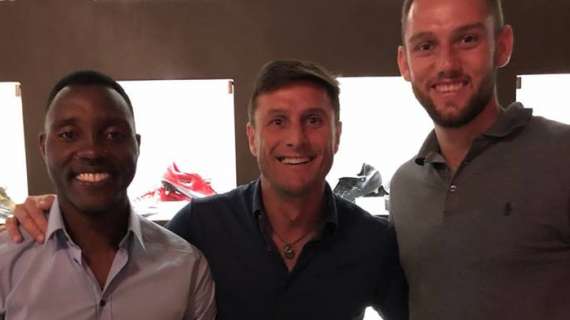 Kwadwo Asamoah and Stefan de Vrij are the latest students that have enrolled at the school of Inter by Javier Zanetti.

The Ghanaian international joined The Black and Blues in the summer on a three year deal after a successful six-year stint at Juventus.

Zanetti who is vice president of Inter Milan is organizing a sort of accelerated courses for new Nerazzurri players at his restaurant 'Botinero'.

An important initiative through which the former captain will be able to pass on his experience to the newcomers but above all the values ​​that he has defended and represented for many years, as well as telling them the expectations placed on them for this season and for the future.

The former Udinese midfield kingpin is expected to play a key role for Luciano Spalletti’s team this season, with the club's return to the Champions League for the first time in six years.