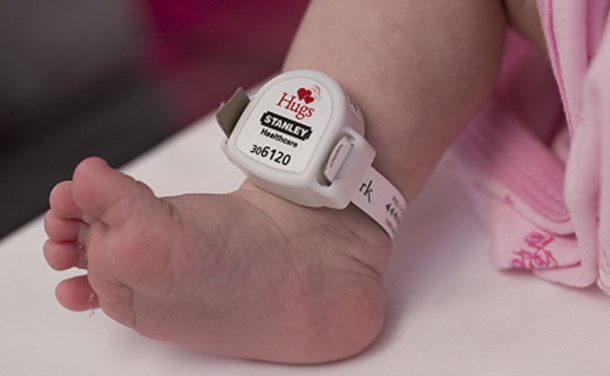 A security expert has said the current system of tagging newly born babies in hospitals is outdated which makes it easy for baby thieves to have their way.

Adams Bonna believes if the country invests in the Radio Frequency Identification (RFID), it will help to curb the cases of baby stealing or swap in hospitals and maternity homes.

“With such a system in place, before one checks out of the hospital door with the baby, the alarm will go off if the person is not authorized,” he told Emefa Apawu on Ghana Connect on Joy FM on Friday.

The CEO of Security Warehouse Limited’s comment follows reports that two senior officials of the Social Welfare Department in Kumasi in the Ashanti Region, have been picked up for allegedly stealing and selling a day-old baby.

Probation Officer, Evelyn Jemima Alangeah, and her colleague, Justice Administration Officer, Samuel Obeng Afriyie, 58, admitted to selling the baby to a couple of over ¢16,500.

They are said to have stolen the child from a maternity home where the mother had been sent to give birth.

The baby’s mother who hails from Lawra in the Upper West Region, sought support from the Social Welfare Department's Regional Office last year after her boyfriend abandoned her with a pregnancy.

She was said to have met Evelyn who asked her to call when she was due for delivery.

The social worker took her to a private maternity home in Kumasi and stole the baby the day it was born.

To control this situation, Mr Bonna said basic security system like the CCTV cameras should be put in place.

According to him, the cameras would also make it easy to minimize cases of baby swap at hospitals and maternity homes.

He said policymakers must consider new technology with linking the newly born baby’s DNA with that of their parent.

“This makes it easy especially in cases of stillbirth as the hospital authorities can pick blood samples and match them to the mother before disposing of it.

“Unfortunately, some of these checks are not put in place and cases of baby theft and swapping keep increasing,” he observed.

Mr Bonna said although the technologies he is talking about are not expensive and several proposals have been made to policymakers, they have not yielded any result.