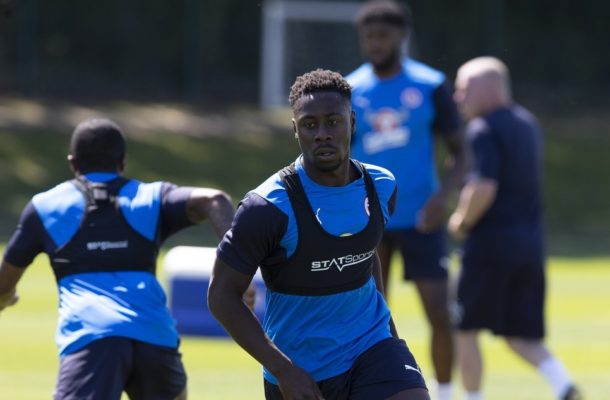 Ghana defender Andy Yiadom is settling in well at Reading FC after signing for them earlier this summer.

The 26-year-old joined the Royals at the Hogwood training grounds on last week Monday to kick start preparations ahead of the new season.

He made his debut as they lost 2-1 to Eastleigh FC in a pre-season friendly on Saturday.

The Ghana star joined English Championship side from Barnsley on a four-year deal.

He made 32 league appearances this season but could not help Barnsley avoid relegation.
Yiadom took to his Instagram page to share his joy over completing a successful first week at his new club.

“Good to be back and get started. First week completed✅” he wrote.