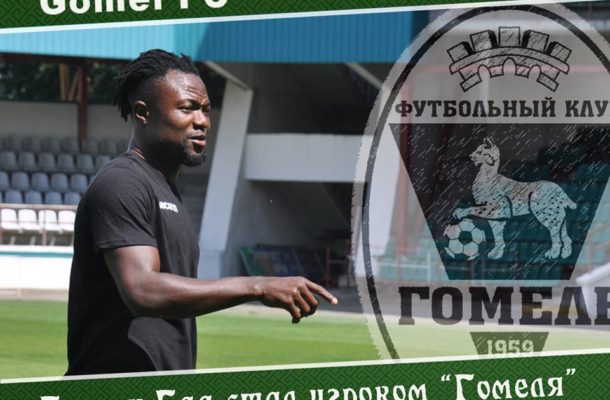 Ghana defender Gideon Baah put up a man of the match performance on his FC Gomel debut as they defeated SMI Autotrans by 6-1 in the Belarusian Cup over the weekend.

The 26-year-old scored the third goal on the stroke of half time after Roman Volkov had canceled out Aleksandr Minko's opener in the 14 minutes.

Serhiy Shapoval, Anton Shramchenko and Lassina Dao scored the other goals to complete the rout at the Stadyen FLC Okyarbrsky.

The former New York Red Bulls player was a delight to watch on his first game for the Belarusian side with his incisive passes, defending and ability to join the attack.

The former Asante Kotoko defender joined the side after leaving Kazkh side FC Kairat.