Ghana does not need a Vice President – Mpiani 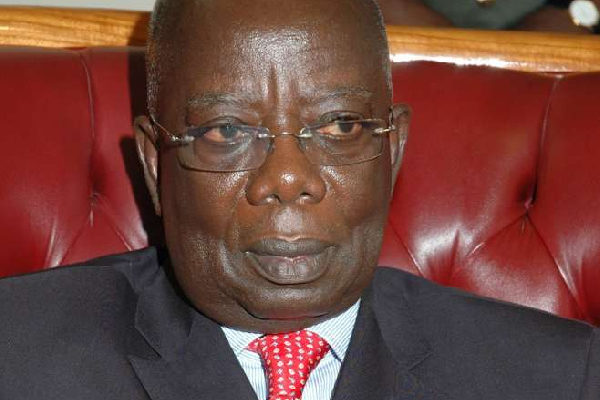 Former Chief of Staff under the John Agyekum Kufuor administration, Mr Kwadwo Okyere Mpiani has said Ghana does not need a vice president.

He rather wants a Prime Minster who will be appointed by the President to serve as head of government business.

“Even if you are going to go out security will have to survey where you want to go and therefore, it becomes something like a lonely sort of job. Therefore, you must get people you trust who can come and tell you as it is.

“If you don’t get that, you will have people who will come and tell you everything is fine and that people are happy, when you know they are not happy.

“Fortunately for President Kuffuor, he himself his telephone was always on him, he was using the same number so people could call him. He knew more of what was happening and some of them he couldn’t intervene and he had to do it through somebody and this will be the work of the Chief of Staff,” he told Citi TV.

Asked again what the difference between his role as the Chief of Staff and the Vice President was, he answered “The vice president’s role is stated clearly in the constitution. In practice you have to follow that but the president may add other duties.”

“Acting in the stead of the president so, maybe, your hope is for the president to die for you to take over then you have real power otherwise you don’t really have power.

“Any power you have depends on what the president wants you to do but unfortunately for our vice presidents, some of the powers given to them in the constitution, Jerry John Rawlings took them away like being the Chairman of the Police Council or being the Chairman of Defense Council because of his problems with the late Kow Nkensen Arkaah who was the Vice President, he asked parliament to take all of it away?”

Asked again whether there shouldn’t be a Vice president then, he said “Well, personally I think we may not need it. It is not useless but what is the real power of a vice president ?”

“In America they have real powers for him. Maybe we may have some Prime Minister position.”

So you will rather there is a president and Prime Minister? he answered “Yes. The president appoints you the prime minister to head his government.”
Source: 3news.com