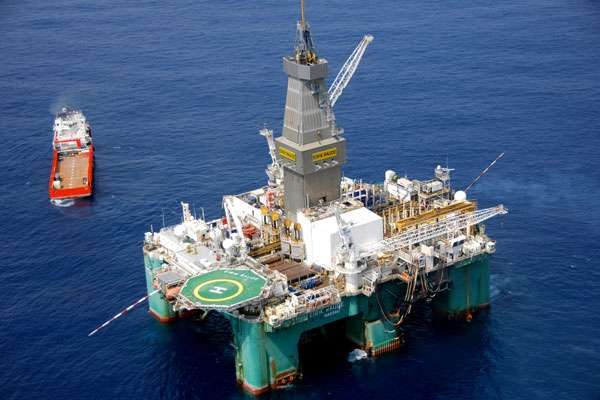 The Tweneboa, Enyenra and Ntomme (TEN) field expects to average around 23,000 barrels per day (bpd) in 2016, eventually reaching 80,000 bpd along with associated gas to be harnessed to ease a domestic power deficit.

TEN, with estimated reserves of 240 million barrels of oil and associated gas of 60 million barrels equivalent, is Ghana's second oilfield after the country's flagship Jubilee project, also operated by Tullow, which began in late 2010.

The revenue from TEN is significantly less than was first anticipated when the country launched the project in 2013, owing to the slump in world oil prices..

"I believe that current setbacks in the world (oil) market are temporary and we'll see a recovery soon that will give a fair price to producers,"President  Mahama, who is seeking re-election on Dec. 7 this year, said as he opened the valve.

"Its been a long journey but a fruitful one."

Oil revenue is vital as Ghana battles to meet conditions set by a three-year aid programme with the International Monetary Fund that aims to bring down inflation and the budget deficit as well as stabilise the cedi currency.

Ghana was considered one of Africa's hottest investment destinations in 2014, due to its exports of gold, oil and cocoa. Since then, a fall in commodity prices and a resultant fiscal crisis has slowed growth drastically.

Existing field Jubilee currently produces  about 100,000 barrels of oil daily and 140 million standard cubic feet of natural gas after a 45-50 day shutdown in May.