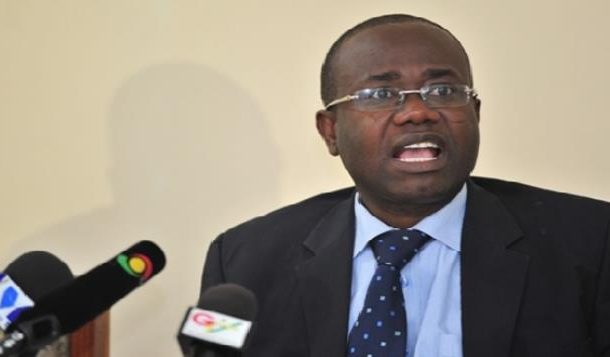 The President of the Ghana Football Association, Kwesi Nyantakyi has revealed that government crippled the federation's attempt to build a five star hotel to aid in revenue generation after consuming the entire proceeds from the 2010 world Cup hosted in South Africa.

Responding to a question and answer session on Football Africa Arena, a whatsapp platform, the newly elected FIFA Council member disclosed that his outfit had plans of building a hotel with their share of the World Cup proceeds but the Sports Ministry aborted that dream.

Ghana had $11m for reaching the quarter finals of the 2010 World Cup in South Africa but the then Akua Sena Dansowah-led Sports Ministry took the entire money with nothing going to the federation.

"In 2010 that was what we agreed to do with the World Cup prize money but the government took the money and since then we haven't heard about it," Kwesi Nyantakyi revealed.

"Fifa has encouraged FAs to undertake income generating projects. Rwanda is a shining example of this initiative.

"Their FA is building a strong hotel as an income generating project. The GFA had discussed a similar project with the honorable Minister as a sustainable measure to make the FA truly financially viable and autonomous," he added.

The stand-off between the Ghana FA and the Sports Ministry has been long standing since 2009 with the new Sports Minister giving it a political dimension following claims that the FA Boss belongs to the major opposition party in the country in a whatsapp group chat.

The FA President has distanced himself from political affiliations since the Minister's allegation.