Ghana has not broken down – Titus Glover 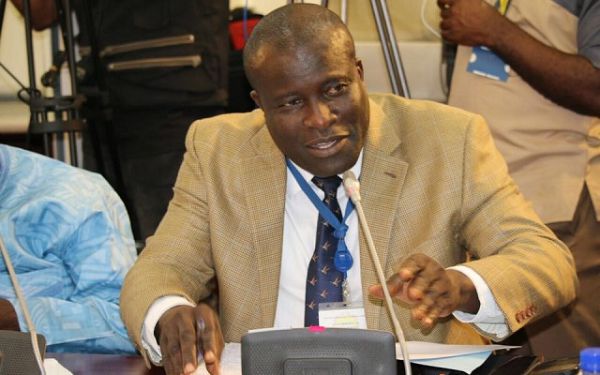 Former Member of Parliament for Tema East, Titus Glover has said President Nana Addo Dankwa Akufo-Addo is working to ameliorate the economic hardship imposed on Ghanaians by the pandemic.

He said although Ghana is facing some challenges, the country is not broken down.

Commenting on the planned demonstration to pile up pressure on the government to fix the country, Mr. Titus-Glover said on the Onua TV’s Maakye on Wednesday, May 5 hosted by Adwoa Konadu-Yiadom, “it’s their civic responsibility. No one will or can prevent them so far as they follow the procedure. But the situation now means we cannot do that on a large level. If the government has put a caveat on churches and Muslims, then we should be careful”.

He admitted that “there are few challenges in Ghana but it’s not broken down”.

President of Imani Africa Mr Franklin Cudjoe has noted that President Akufo-Addo is working hard to deal with the problems confronting the country.

He however noted that the president must as matter of urgency scale up the pace at which he is developing the country.

Mr Cudjoe said these in a Facebook post as part of the ongoing FixTheCountry campaign on social media.

“I agree some of us (including my good self) are terribly vile, cheating and sinful persons, so I will respect the counter tags #FixYourSelf and #FixYourAttitude as they are directed at those who seek answers.

“Dear government, all the citizens are saying to you is #FixTheCountry because you begged for power and got it, not to tell them they should shut up .

“True, you are Fixing, but it does appear the Fixing needs some super speed. I have faith in you, but let us #FixTheCountry.”

Meanwhile, Organisers of #FixtheCountry campaign are planning to stage a demonstration after the successful Twitter campaign.

A few days after the announcement of an increase in fuel prices with accompanying tax , Ghanaians took to Twitter to express their displeasure against the hardship in the country with the hashtag #FIXTHECOUNTRYNOW.

With over twenty thousand tweets, it appears another section of Ghanaians are opposing the hashtag with a new one, #NANAISFIXINGIT which has over five thousand tweets.

While the hashtag #FIXTHECOUNTRYNOW is highlighting the challenges faced by the country, the hashtag #NANAISFIXINGIT is supporting the current government by indicating some of the work done by the government.