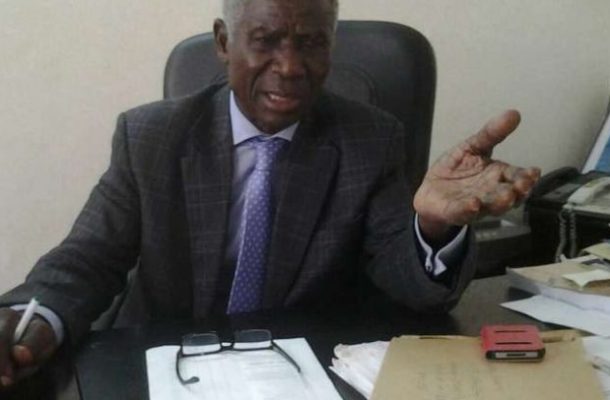 Brigadier-General Joseph Nunoo-Mensah, twice the Chief of Defense Staff of the Ghana Armed Forces and currently the Head of Human Security at the Presidency says Ghana is retrogressing instead of moving forward.

The former National Security Advisor says Ghana has since independence retrogressed instead of moving forward.

Brigadier-General Nunoo Mensah said he made the statement out of his practical experience and not some theory. ‘After Nkrumah’s overthrow; to be honest with you we are retrogressing, he said.

According to him the educational system is bedeviled with serious challenges and instead of adopting measures in resolving these challenges and others, we are wasting time on unnecessary issues.

He indicated some appointees of government are incompetent and lack understanding of what they supposed to do.

The reason Ghana is not moving forward he said is very complex.

Brigadier-General Nunoo Mensah was speaking in an exclusive interview on Rainbow Radio  on whether or not it is right for President Mahama to evoke Article 72 of the constitution to pardon the Montie trio.

He said the brouhaha on whether or not the president should pardon the trio is a waste of time.

In his view, the trio, Alister Nelson, Godwin Ako Gun and Salifu Maase deserves the punishment for scandalizing the court, therefore the pressure on the president to pardon the trio is needless.

He posited that there are very important issues we should be discussing to move this country forward, rather than wasting time on this Montie trio.

According to him, almost one and a half years under the leadership of President is almost wasted on issues which in his opinion is not important.

The rate of youth unemployment which he warned is a serious security threat to the nation; food insecurity, sanitation among other serious challenges facing the country he stressed should be the most important issues we should be discussing instead the Montie trio.

The four months handed the trio he noted was lenient hence they should be allowed to serve their punishment for their wrong doing. ‘Ghana is not moving forward. As I have said earlier, a house I bought for 25,000 old Ghana cedis is far cheaper than the price of plantain today. There is something wrong with our society. So we should be concerned of graduate unemployment; I’m not saying the trio are not human beings, but their issue is minute compared to the problems we have in this country,” he underscored.