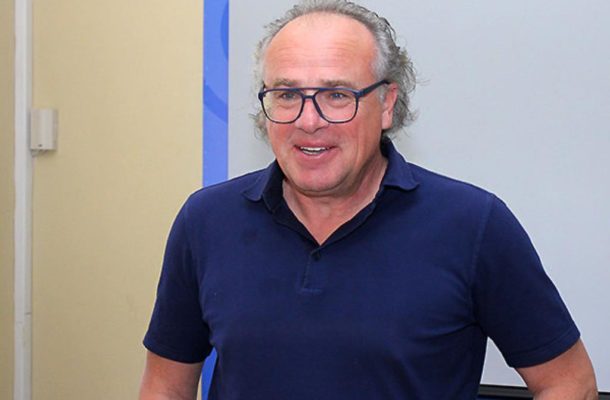 The Black Starlets of Ghana were eliminated from the ongoing WAFU Zone B Cup of Nations in Togo after losing 3-1 to Ivory Coast on Tuesday.

Technical Director of the Ghana Football Association, Bernhard Lippert has blamed the defeat on Ghana's lack of a natural strikers.

Ghana stumbled to a heavy defeat missing out on a place in the semi finals of the competition with the defeat on Tuesday afternoon.

The Ivorians took the lead very early in the game as they made very clear their intentions with a well taken strike from  Abdramane Konate in the 9th minute before two further goals and a late consolation gave them a 3-1 triumph.

Speaking after the defeat, the German trainer has blamed the team's poor showing on the lack of real strikers.

“I’m not happy with the U17 performance; we have goal scoring problems. We don’t have this kind of strikers who are real strikers but in all the referee decided this match today. Sorry to say this” – GFA Technical Director Bernhard Lippert on Black Starlets Performance in the ongoing WAFU ZONE B tournament in Togo

“This was really obvious and there is a lot of things to do. This team didn’t present itself as a team but we still have four or five prospects in the team,” he added.

“We have to discuss the performance of the team at the Executive Committee level .”  Benhard Lippert further stated.