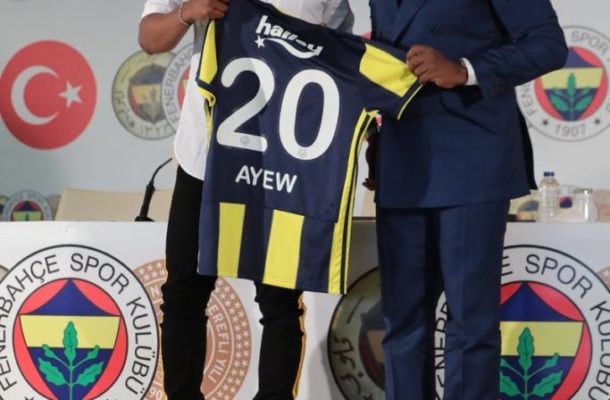 Ghana football legend Abedi Pele is reportedly set to receive a € 846,000 commission on the transfer of his son Andre to Turkish giants Fenerbahce.

Abedi who doubles as his son’s agent was involved in the negotiations between Swansea City and Fenerbahce, paving the way for a smooth transfer.

The 28 year old completed his move to Fenerbahce from Welsh club Swansea City on Friday after passing his medical in the capital city of Istanbul.

The Ghanaian international  signed a one-year loan deal with the Istanbul-based outfit with an option to purchase at the end of the loan spell.

Andre Ayew is expected to play a key role in the Yellow and Canaries title aspirations next season.