Ghana Mine Workers Union calls for action against illegal miners 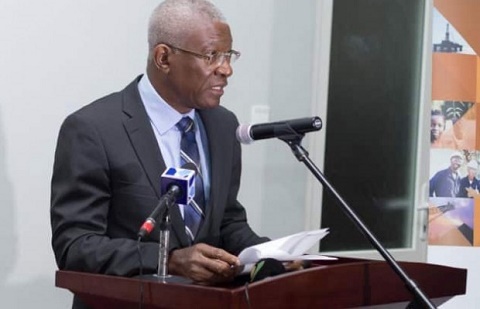 The Ghana Mine Workers Union (GMWU) of the Trades Union Congress (TUC) has bemoaned the activities of illegal small-scale miners, popularly known as ‘galamsey’ operators, which are posing a threat to the security of its members.

It said if steps were not taken to stop the activities of these illegal miners, the union would withdraw its services to the industry.

Speaking at the opening ceremony of the first half meeting of the National Executive Council of the union, the General Secretary, Mr Prince William Ankrah, said “considering the dangers posed by this menace and the threat to the safety and security of our members, we as a union may be compelled at any stage to withdraw labour services to the industry if this situation persists”.

He said the issue had reached an alarming proportion, forcing AngloGold Ashanti to take the government to the International Court of Arbitration.

“Indeed, this enterprise has now reached a crescendo, forcing companies like AngloGold Ashanti to, out of desperation, file a suit against the government of Ghana at the International Court of Arbitration.

“Today, the safety and security of mining companies and our members cannot be guaranteed anymore, given the organised, sophisticated and aggressive nature of these ‘galamsayers’ and their attacks on these concessions,” he said.

According to him, the illegal miners had been emboldened by politicians who had been promising them concessions.

“Our cherished members are living and working in fear, not sure what the next headline story would be. Sadly, these nefarious activities are carried out in the fullest glare of the powers that be, unfortunately with impunity,” he said.

Mr Ankrah said even though the government amended the Minerals and Mining Act, criminalising illegal small-scale mining, “it appears to be the same government emboldening the perpetuation of this illegality and this sounds quite worrying and disappointing to us, to say the least”.

He called on the government to be bold and enforce the law and put to a stop to the activities of these illegal small-scale miners, adding, “We believe that enforcement of the law still remains a major challenge and needs to be looked at closely, and this should be done devoid of politicisation and cronyism.”

He said considering the spate of destruction caused to the environment by these illegal miners, “it will be extremely difficult to bequeath anything meaningful to generations yet unborn if we continue on this indiscriminate tangent with impunity”.

“Today, water bodies which used to serve domestic purposes are all polluted, lands are degraded and communities are displaced, all in the name of galamsey,”he stated.

Mr Ankrah said pay inequality in the mining sector was widespread and tilted towards expatriate workers who earned much higher than their Ghanaian counterparts.

He said there was a very high income distribution inequality among employees in the mining industry of Ghana.

“Matters of income inequality is fast-growing, amidst heightened tension among stakeholders over a seeming heavily lopsided income sharing model which consistently appears to be in favour of a few privileged Ghanaian nationals but even more skewed in favour of the expatriate community,” he said

“Expressed in another form, it will take the least earner nine or more years of "hard labour” to earn a month’s salary of the top earner,” he said.

He said that worrying development reinforced the call made last year by the quadrennial delegates’ conference of the union to leadership “to aggressively pursue a global remuneration strategy that places appropriate values on mining skills, contrary to the current practice in the industry where earnings are heavily skewed in favour of colour and geography rather than skills”.