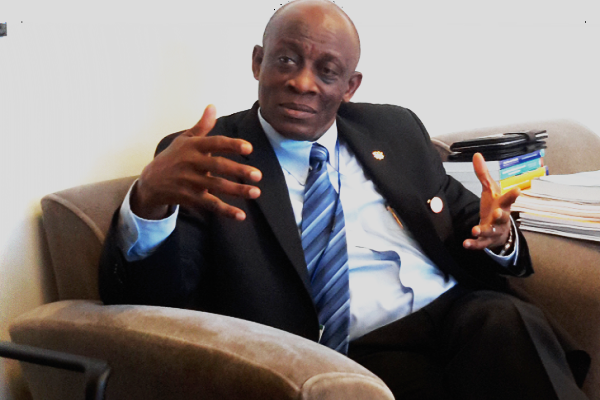 A former Minister of Finance in the erstwhile John Mahama administration, Seth Terkper, has also confirmed that the International Monetary Fund (IMF) has not downgraded Ghana from middle-income to low-income status, Asaase Radio has reported.

According to him, the classification is done by the World Bank hence it will be erroneous for media houses to use the IMF data in place of the former.

“We’ve not been downgraded if you use the main criteria, which is per capita income which is calculated by the World Bank,” Terkper said.

“If you are a middle-income country, you must have a revenue of 17-18% income to GDP. At the moment we’re doing about 11%. We must equip GRA [Ghana Revenue Authority) to perform and raise the revenue from the current 11% to at least 15-17%,” he told Accra-based Starr FM.


In a tweet, Dr Albert Touna-Mama, IMF’s country representative, described reports suggesting that Ghana has be reclassified as a low-income country by the IMF in its April Fiscal Monitor Report as “fake news”.

According to official documents, the generally accepted classification of countries by income level is done by the World Bank. The Bank assigns national economies to one of four income brackets: low, lower-middle, upper-middle and high-income countries.

The classifications are updated each year on 1 July and are based on gross national income per capita in current US dollars (using the Atlas method exchange rates) of the previous year.


Touna-Mama told Asaaseradio.com he does not expect the country’s middle-income status will change any time soon.

“It has been for more than a while now and it is not expected to change any time soon as far as I know,” he said in a WhatsApp chat with Asaaseradio.com.

The classification is not new, Touna-Mama said, and has no bearing on the countries’ access to IMF or World Bank facilities.