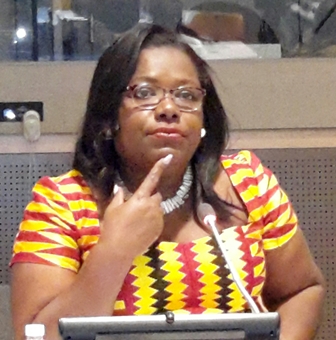 Ghana is among 15 other  nations currently participating in a three-day program, Model United Nations(MUN),  ongoing in India aimed at empowering women by giving  equal opportunities to them in all fields.

The MUN program which started on Sunday  is been held at India's  KIIT International School in the state of Odisha has ambassadors of  other African countries like Zimbabwe, Togo, Somalia and South Africa also participating.

Shashi Tharoor , a member of parliament of India, on Saturday  batted for the Women's Reservation Bill.

The Bill will seek to give women equal platform and opportunities just as like men have.

He said: " reservation for women in politics has led to empowerment of women at the grassroots level."

He emphasized on equal opportunity to women instead of providing reservations, while addressing a session at Model United Nations held at KIIT International School.

450 students from 35 schools across the country participated in the three-day MUN with other Ambassadors  from Bolivia and Afghanistan.

Ghana's ministry of Gender, Children and Social Protection has already kick-started a campaign to have the Affirmative  Action Bill passed by parliament later this year.