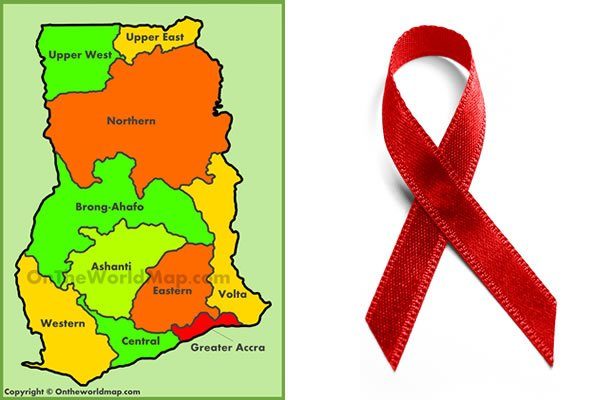 Madam Cecelia Abena Dapaah, Minister for Aviation and the Executive Oversight of the Ghana AIDS Commission (GAC), has said that Ghana is poised to achieving the ambitious 90-90-90 target of ending AIDS by 2030.

She said Ghana was already doing well in terms of activities and interventions put in place, but the progress was at a low pace coupled with the challenge of funding to implement some of the brilliant ideas to achieve the targets.

Madam Dapaah said this when she, in the company of the leadership of the Ghana AIDS Commission met the Executive Director of the UNAIDS, Dr Michel Sidibé at the ongoing 22 International AIDS Conference here in Rai Amsterdam, Netherlands to share Ghana’s visions and concerns.

She noted that the 90-90-90 targets were achievable and doable, but Ghana needed to double its efforts in the areas of preventing babies and young ones from being infected to ensure that the coming generations were taken care of and protected.

The strategy is an attempt to get the HIV epidemic under control and it is based on the principle of universal testing and treating.

The impulse is that, “test and treat” approaches is that, if one can identify people early in their infection stage, and start treatment so they become virally suppressed, the onward transmission of HIV would be prevented and this would impact on HIV incidence at a population level.

She noted that another group of people identified and needed more attention was the middle-income earners who were infected but due to personal stigmatisation could not access medication, but in turn, lure the young ones and infect them.

Ms Dapaah explained that the country needed resources and funds to provide services to such group of people to protect them and to prevent further infection, adding that “we need to salvage resources to reach this group of people”.

She further expressed the concern about the dwindling of the Global Fund and called for the need for UNAIDS to look at the funding of the AIDS programmes again.

Mr Steve Kyeremeh Atuahene, Acting Director General of GAC, said the laudable measures put in place to address HIV /AIDS prevention, had resulted in the increase of the PMTCT coverage but this needs to increase further.

He expressed Ghana’s appreciation to the UNAIDS for their continuous technical support, which had contributed to Ghana’s successes chalked so far.

Dr Stephen Ayisi Addo, Programme Manager for the National AIDS Control Programme, added that for Ghana to achieve the targets set, there was the need for the UNAIDS office in Ghana to be resourced with technical people whom the Ghana team could work.

He said as part of measures outlined for the country, AIDS Ambassadors were going to be appointed to lead the crusade and also put in place a combination prevention approach to ensure that the larger population of the country were prevented from being infected.

Dr Kwabena Twum-Nuamah, Chairman of the Parliamentary Select Committee on Health, said unfortunate complacency had set in, which had affected the inflow of funds and noted that Ghana would work hard to reverse the situation.

He said Ghana was going to keep financing a priority, to ensure that the country had all the needed funds for the smooth implementation of the identified interventions and achieve the 90-90 -90 targets.

Dr Sidibé commended Ghana for exhibiting exemplary leadership and achievements made so far and urged them to work hard to make Ghana the number one in West Africa when it came to addressing free maternal and child health.

“There were 1.4 million people who are HIV positive and are not on care and continue to infect other people and we need to focus on early prevention strategies for the young people because they are sexually active and are infecting their peers and that keeps the cycle moves among themselves”.