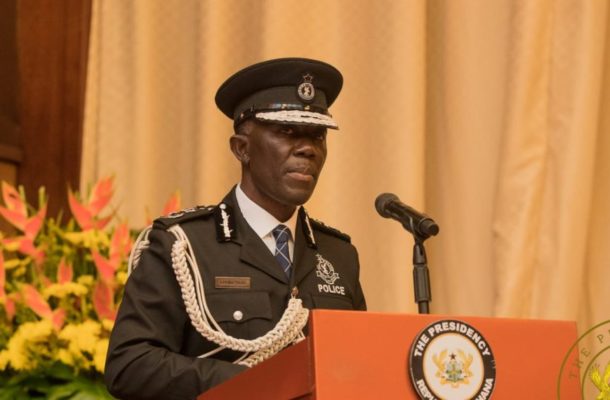 I have read with shock the interdiction of the acting Regional Police Commander of Ashanti Region following the unfortunate incident that happened at Islamic Secondary School at Abrepo , kumasi.

I have struggled to understand the hasty conclusion drawn by police in the press release that ,the officers have been interdicted for not using Standard Operating Procedure .

The same statement says the officers were pelted with stones .

First of all ,I wish to state without any equivocation ,that ,the action taken is nothing but a move to appease the public to reassure them that "we dey ground" and we are impartial .

In the past few months the police communication department particularly has been at it's lowest ebb defending litany of indefensible police irregularities by issuing contradictory statements in sequel to mishaps which has attracted substantial backlash from the public .

From the bullion van saga where the police officer [ suspect] was killed in a movie style down to the most recent one at Nkoransa. The public is enraged so it's possible anyone at all could be traded in our quest to prove a point .

Secondly , What is standard operating procedure in police ? Standard procedure is the application of routine regular and Internationally approved knowledge in performance of police duty. .So which standard procedure are we talking about here ? That they shouldn't have used tear gas when they were being pelted with stones ? Or shot them dead ? Used rubber bullets ? That tear gas is not a riot control tool any longer ?

Are we suggesting another standard where police must run for their lives when stones are thrown at them by a rioutous mob ?

Thirdly ,I don't know why the statement has gone ahead to indict the officers of wrongdoing when the investigation has not even been completed? Why the haste to sacrifice them . What about if final investigations exonerates them ? What will be the answers to the public ?

Are you sure the public is going to entertain any contrary finding that will exonerate the officers ? The implication here is that ,willy-nilly they must be confirmed guilty.
Do we interdict to investigate or we investigate to interdict . Put differently ,you have pronounced them guilty already by telling the world they are guilty for not applying standard operating procedure so what are we going to investigate . Pure prejudice .

The interdiction of the Regional Commander is an over-extension of the principle of lack of supervision .

Too wide for me . I am yet to ascertain whether or not the commander was part of the contingent that went to the school yesterday. I dare say that ,if senior officers are to be interdicted for just being command head then we would have opened the floodgate just too wide . Every sane individual is presumed to singularly responsible for his actions and inactions until the contrary is established .

What about if someone elongates and enlargens the scope to include the IGP . That he should be interdicted by the president for the lapses of the interdicted Ashanti Regional Police Commander.

Finally ,I vehemently disagree that ,tear gas that was used as part of the operation was wrong . It cannot be wrong anywhere in the world that police will use tear gas to disperse crowd and be held accountable.

Tear gas is a crowd control apparatus that is used to disperse crowd worldwide.

The word crowd doesn't differentiate a child crowd from an adult crowd . In any case which children are we talking about here ? The children that set secondary schools ablaze all over the country ? Please these are sophisticated children. Violence is not a preserve of adults only .

The only situation in crowd control where tear gas or pepper spray cannot be used is when it was is used in an enclosed area. We have been told .

I will condemn the use of live bullets and that should limit the scope of the interdiction to the operation commander and his men. No further extension should be legally tolerable .

We can gain the confidence of the public but with truth ,honesty and consistency . Nothing less nothing more
[email protected]